Food prices - why so high? 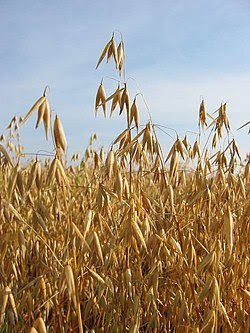 Food prices around the world - especially for basic foodstuffs like grains - have been skyrocketing in price. Why?

Hold on to that thought. Here's Ban Ki-moon, the Secretary-General of the United Nations:

The price of food is soaring. The threat of hunger and malnutrition is growing. Millions of the world's most vulnerable people are at risk.

An effective and urgent response is needed.

The first of the Millennium Development Goals, set by world leaders at the U.N. summit in 2000, aims to reduce the proportion of hungry people by half by 2015. This was already a major challenge, not least in Africa, where many nations have fallen behind. But we are also facing a perfect storm of new challenges.

The prices of basic staples -- wheat, corn, rice -- are at record highs, up 50 percent or more in the past six months. Global food stocks are at historic lows. The causes range from rising demand in major economies such as India and China to climate- and weather-related events such as hurricanes, floods and droughts that have devastated harvests in many parts of the world. High oil prices have increased the cost of transporting food and purchasing fertilizer. Some experts say the rise of biofuels has reduced the amount of food available for humans.

This is the new face of hunger, increasingly affecting communities that had previously been protected. Inevitably, it is the "bottom billion" who are hit hardest: people living on one dollar a day or less. When people are that poor, and inflation erodes their meager earnings, they generally do one of two things: They buy less food, or they buy cheaper, less nutritious food. The result is the same -- more hunger and less chance of a healthy future. The U.N. World Food Program is seeing families that previously could afford a diverse, nutritious diet dropping to one staple and cutting their meals from three to two or one a day.

Some interesting ideas there from Mr Moon.

To be honest, a world-wide increase in food prices was always "on my scanner" as it were, since the price of oil would naturally affect food production world-wide. What I didn't expect, though, was prices going so high so quickly.

Of course, with a devaluing US Dollar, all commodities that use that currency in international trade would naturally increase in price. The problem, though, is that the price of food (as well as oil) has increased way beyond the range you'd expect if it was just currency problems.

From an economic point of view, there are a number of reasons why food prices have increased:
There is no doubt that more information is needed. Worldwide grain stocks need to be examined on a month by month basis in the same way as oil is being examined over at The Oil Drum. Grain production around the world needs to be mapped, showing which countries have had shrinking grain production, and which nations do not.

My suspicion is that global warming has already begun to bite and grain production is dropping because of world-wide environmental changes. That's only a suspicion, however, and I will happily change my opinion if the data contradicts me. I certainly hope it does.
Posted by Neil Cameron (One Salient Oversight) at 20:31