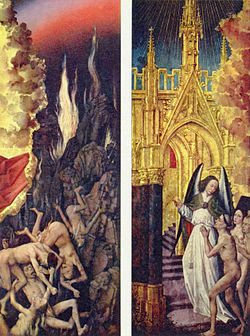 From the department of predictable social reactions:

Louisiana pastor Larry Stockstill had a disturbing dream last week. He saw military trucks and armored vehicles getting in formation for a surprise strike on an American city. Stockstill felt alarmed, but when he tried to warn a pastor in his dream, the man ignored him.

“I knew in my dream that a siege was going to happen the next day,” Stockstill says. “The enemy was being positioned. But no one would listen to me.”

Stockstill, pastor of the 10,000-member Bethany World Prayer Center in Baton Rouge, believes his dream was a prophetic warning about the spiritual condition of our nation. While America teeters near an economic and political precipice, many American church leaders are going on with their business as usual—without realizing that the church is in a state of serious moral crisis.

“I believe we are facing a window of opportunity for repentance,” Stockstill says. “Unless the pastors wake up to avert judgment, there will be judgment on America. If we don’t respond we are going to lose this nation.” Permanent link here.

A few bad employment reports and someone thinks the world's about to end. Is that it?

This article was written by Lee Grady, my favourite Charismatic Christian commentator. The guy is an interesting "prophetic" voice within the American Charismatic church because he seems to focus mainly on forthtelling God's anger towards the current American church, which is beset with bad theology and sexual and financial sin. He's done a good job of doing this.

Sometimes, though, Grady goes overboard, which serves as a reminder of the fact that, well, he IS Charismatic after all.

Let me first respond to this article from a theological perspective. Like Stockstill, I too believe that the American church is in for a big fall, but I don't claim direct divine guidance for this opinion. There are a number of problems that I see for the American church which will, eventually, result in some level of decline over the next two decades. In short, I would summarise them as follows:
If you put all these together, we see a church that is in trouble, and a church that is in for a fall.

Of course, as an Australian Christian, I would say that many Churches in my own country here suffer from the same problems. However, Christianity in Australia is relatively small and does not have as much influence in modern society or politics as our American brothers and sisters.

From a sociological perspective, though, Stockstill's concerns are quite predictable and normal. Think back to the last time America was in an economic malaise - the mid to late 1970s - and ask how many people appeared as "prophets" who worked to call the church back to its fundamental principles. One "prophet", of course, was Keith Green, whose music and lyrics at the time reflected a restlessness with the state of the church. I'm certain that other Christian leaders - especially those linked in with The Jesus Movement - had similar concerns at the time.

Economic and social conditions in the US are currently declining. Unemployment is on the up, as is inflation and mortgage foreclosures. There is a general trend of unhappiness spreading across America that is leading people like Stockstill to call the church back to action, and people like those on the Calculated Risk comments thread to seriously consider purchasing firearms... "just in case".

Yet while I have been predicting big economic problems for America for quite a while, I have never become apocalyptic in tone. America will eventually recover from this unofficial recession but it will take time. It is not the end of the world, it is just the end of an era.

Posted by Neil Cameron (One Salient Oversight) at 18:31

You more accurately should have said, "Adherence to worldly philosophies". Full stop. Why single out conservative politics? If a philosophy is worldly, does it matter what the politics are? After all, the so-called mainstream denominations in the US have hitched their wagon to worldly philosophies associated with modern liberal politics, and if anything, they are in a decline even steeper and longer than those associated with conservative politics.

I might add that many of those liberal denominations have a militant, abrasive and separatist attitude towards believers.

So, while I agree with many of your criticisms, as an American Christian I must warn you against making the same mistake you accuse conservatives of making: favoring those who think like you do politically and not calling out sin as sin regardless of who is committing it.

Yet while I have been predicting big economic problems for America for quite a while, I have never become apocalyptic in tone. America will eventually recover from this unofficial recession but it will take time. It is not the end of the world, it is just the end of an era.

With peak oil approaching, when do you think they'll "recover"? It's not the end of the world, it is just the end of an era — the oil age. We've just got to transition off oil in cars, trucks, planes (particularly difficult), agriculture at 10 calories of oil to every calorie of food grown, plastics, medicines, varnishes, paints, etc.... just got to wean off the base commodity at the bottom and foundation of the modern market. It's the commodity which currently enables all other commodities, that's all. And starting very soon, we'll have less and less of it, and then suddenly as the Export Land Model states, there will be none to buy. In 9 years the world market for oil could dry up as exporters become importers. We'll be thrown back to our own domestic supply, which by then could be about only 10% of what Australia currently enjoys.

So how long do you think it would take for the world economy to recover if the Export Land Model is correct? (See the wiki linked to above).

It only took 9 years from the UK's peak production to move from being an oil exporter to an oil importer. ELM could be bad, very bad, for the world economy. I don't see America recovering from this "recession" for decades unless there's a few miraculous technical breakthroughs and some miraculously brave and SMART forward thinking in world governments. This is very, very bad.

Correction: the world might hit ELM in 9 years, the UK only took 6 from it's "peak exports" date. So I remember reading somewhere that the UK was also 9 years from peak production, but peak export capacity must be measured differently.

And at a family dinner recently everyone was debating the pros and cons of the Lane Cove tunnel as opposed to the M2 tunnel and how traffic at Epping Bridge should be managed. It's just hilarious!