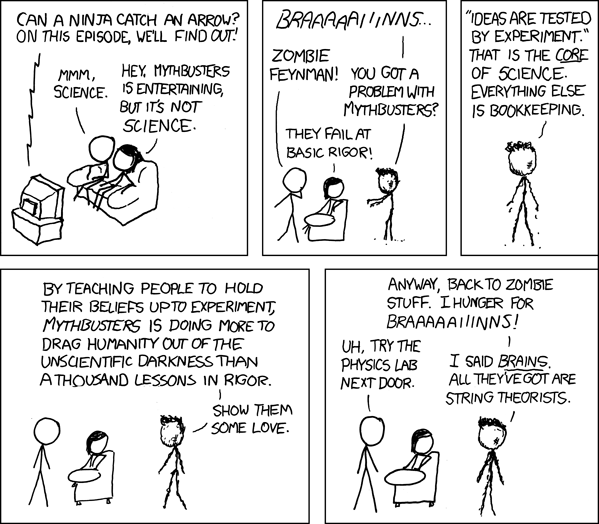 I'm a Christian, which means that I believe in the supernatural. Nevetheless I have to agree with the message of this comic strip. So many mistakes of human behaviour - including ones by politicians that can result in the deaths of millions - can be traced to an inability to challenge assumptions.

Examples would be: The Common Cold (belief that a chilly environment can cause a cold), the Iraq War (in which clear absence of WMD evidence eventually proved to be evidence of WMD absence) and various other urban myths.
Posted by One Salient Oversight at 17:02

I'd always thought that vulnerability to the common cold was aided by temperature differences--at least by the process of coming into the warm when your body is cold and visa versa.