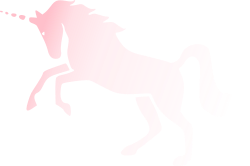 From the department of I-honestly-didn't-see-this-coming:

After almost five years of war, many young Iraqis, exhausted by constant firsthand exposure to the violence of religious extremism, say they have grown disillusioned with religious leaders and skeptical of the faith that they preach.

In two months of interviews with 40 young people in five Iraqi cities, a pattern of disenchantment emerged, in which young Iraqis, both poor and middle class, blamed clerics for the violence and the restrictions that have narrowed their lives.

"I hate Islam and all the clerics because they limit our freedom every day and their instruction became heavy over us," said Sara Sami, a high school student in Basra. "Most of the girls in my high school hate that Islamic people control the authority because they don't deserve to be rulers."

Atheer, a 19-year-old from a poor, heavily Shiite neighborhood in southern Baghdad, said: "The religion men are liars. Young people don't believe them. Guys my age are not interested in religion anymore."

The shift in Iraq runs counter to trends of rising religiousness among young people across much of the Middle East, where religion has replaced nationalism as a unifying ideology. While religious extremists are admired by a number of young people in other parts of the Arab world, Iraq offers a test case of what could happen when extremist theories are applied.

Well this goes counter to what alarmists have been saying about the spread of Islam.
Posted by One Salient Oversight at 15:55

Since at the moment the extremists seem to be losing the war in Iraq, i wonder if that has any bearing on their opinion? If the war changed and it appeared the extremists were gaining the upper hand, I wouldn't be surprised if the skeptics suddenly became true believers again.

Are activists expressing the opinion of the person in the stteet? IMO usually not. People want to enjoy life. Sometimes they can be coerced into different thought matters - look at China and the Cultural Revolution.

And as Beamer said if the extremists get back then it might not be a good idea to not toe the line.

CNN are showing a town in Afghan very flattened by shelling and the Mayor was talking to the people about how bad the Taliban were and how things are improving - he was ex Taliban commander.