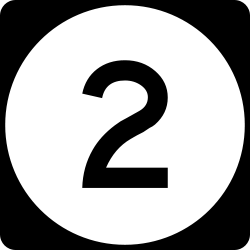 From the department of hubris and schadenfreude:

The U.S. economy lost the title of "world's biggest" to the euro zone this week as the value of the dollar slumped in currency markets.

Taking the gross domestic product of both economies in 2007, the combined GDP of the 15 countries which use the euro overtook that of the United States when the European currency surged to a record high of more than $1.56 per euro.

"The curious outcome of breaching this latest milestone is that the size of the euro zone's annual output has now exceeded that of the U.S.," the economics department of Goldman Sachs, the Wall Street investment bank, said in a note to clients.

The 2007 GDP estimates are as published by the U.S. Commerce Department's Bureau of Economic Analysis and provided to Reuters on request for the euro zone by Eurostat, the European Union's statistics office.

Of course this is not the whole story - GDP per capita and median income are important measurements as well and both of these would be superior in the US than in the Eurozone at the moment. The Eurozone has a lot more people - 320 million compared to 303 million - and plans to increase the size of the zone will bring a number of poorer nations into the EU, thus lowering average GDP per capita even more.

What this report does highlight, however, is the way in which the US dollar's fall has affected America's standing throughout the world. The Dollar has been so high for so long that an entire generation of Americans are unaware of the impact of the Dollar's fall. This comparison of GDP is not simply a mathematical quirk, it will affect the standard of living of every American. This will be felt either through the stubborn presence of inflation (which reduces everyone's ability to purchase goods and services) or through higher-than-average interest rates which will act to dampen any economic recovery that occurs.

Posted by One Salient Oversight at 13:16