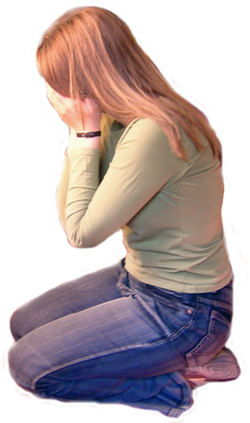 From the department of church and state not separate:

They call themselves the Mercy Girls. And after years of searching they have found each other.

Bound by separate, damaging experiences at the hands of an American-style ministry operating in Sydney and the Sunshine Coast, these young women have clawed their way back to begin a semblance of a life again.

Instead of the promised psychiatric treatment and support, they were placed in the care of Bible studies students, most of them under 30 and some with psychological problems of their own. Counselling consisted of prayer readings, treatment entailed exorcisms and speaking in tongues, and the house was locked down most of the time, isolating residents from the outside world and sealing them in a humidicrib of pentecostal religion.

This is a very damaging news report. I have heard a lot about Mercy Ministries - they are an arm of the Hillsong church in Sydney's North West.

The fact that a report has come about detailing alleged abuse is not surprising to me. Within the church today - especially amongst Australian Pentecostal or Charismatic churches - there has developed a "semi-cult" mentality that is not truly part of biblical Christianity. This mentality has resulted in many damaged lives.

This is not to say that Hillsong, Mercy Ministries or Australian Pentecostal churches are some gigantic cult trying to harm people. Such an idea is rubbish. What I am saying is that there are tendencies in these groups to have controlling behaviour.

What is different about this issue is that, from what I understand, Mercy Ministries is both a charitable organisation that advertises in the Gloria Jean's coffee shop chain (which is owned by Nabi Saleh, a member of the Hillsong Church), and receives some form of federal government funding for the welfare work they do.

That tales of abuse should be present in Christian organisations is one thing - that such tales of abuse should come from a charitable and government-funded organisation is another. If these allegations prove true, it will bring the matter of the separation of church and state here in Australia to a head. After all, if an organisation receives money from the "world", shouldn't they have to run by the "world's" rules? Moreover, are people giving charitably to an organisation whose religious beliefs do match those of the giver? It would be like me - an evangelical Christian - giving charitably to an Islamic welfare group whose first priority would be to convert its clients into Muslims.

These reports are disturbing. They have not been created out of thin air by Christian-hating reporters in the media. There is obviously some truth in them, and there needs to be a further investigation.
Posted by One Salient Oversight at 16:11

I was divinely led to a church. I had no idea what type of church it was the night I was 'led' there. It was an AOG, Pentecostal church. I have been there now for more than two years.

Here's my retrospective on the church...

They truly try to 'keep it real'. I have little doubt about their hearts.

Their 'leadership team' is extremely autocratic, which comes from the senior, MALE Pastor.

They have increasingly become more 'fundamental', and use Bible doctrine to support their increasinly autocratic demands for greater 'servitude' from the congregation.

They have stopped one inch shy of threatening people to 'tythe', and to volunteer to support church activity that does not reflect the heart of Jesus.

They take far too much time getting people to 'submit' to church leadership.

They are ostentatious about wealth. It is easier for a camel to enter the eye of a needle, than for a rich man to enter the gates of Heaven.

They have expelled a man with a psychiatric disorder recently. He is very well behaved, but smells and looks ruffled. He doesn't 'fit' the image of our church.

They see themselves as experts in both 'leadership', and behavioural psychology. I have extensive and formal secular training in both, but after offering my services, have been very quietly channelled into another, non-related church activity.

All abberrant human activity is inspired, controlled and ultimately attributable to Satan. It can only be 'prayed' away.

So, the stories of Mercy Ministry is no surprise. I'm beginning to think that perhaps I have been led to that chuch to see that whilst power corrupts, absolute power corrupts absolutely. And money, regardless of the thousand biblical references apparently supporting the accumulation of delerious, obscene but justifiable personal wealth, IS THE ROOT OF ALL EVIL.

Sorry, but I just have a peeve about that Scripture being mis-quoted.

I hope that doesn't detract from the spirit of your comments, though.