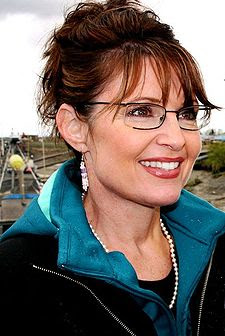 Sarah Palin is the big news story at the moment in the US (apart from Hurricane Gustav). Palin is John McCain's choice as Vice President and has caused a bit of controversy. Here are my thoughts:
Posted by One Salient Oversight at 10:21

I knew nothing of Mrs. Palin before McCain nominated her, but I saw her at the announcement. She is an impressive person: direct, well-spoken, and open. From my few minutes of exposure to her, I saw nothing troubling. I'm sure we'll have plenty of opportunity to make a more informed judgment.

Given that I feel the current US Senate is a laughingstock, composed of too many blowhards, bullies, dolts and panderers, her not having any "experience" is - to me anyway - a source of relief. Seventy five percent of the candidates are from the US Senate. It's nice to see a candidate from outside that ghetto.

I would agree with you on that. The whole "inside the beltway" thing is just unhelpful to good governance.

Oh, I wanted to address your point number 1, the corruption issue. Apparently, in a way her election was as a result of corruption insofar as she ran as the "anti-corruption" candidate against entrenched and heavily favored "experienced" old-boys.

Read here an interesting commentary by an Alaskan Democratic insider.