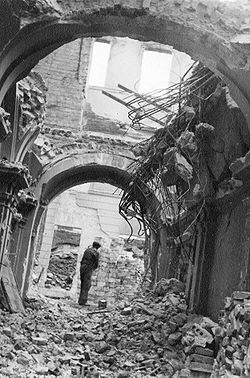 I've just finished scanning my way through The Washington Consensus. Until now I didn't realise how much neoliberal economic theory I had imbibed over the years, which is supremely ironic considering my support for big government ideas like universal health care, free public education and industry regulation - essential components of Democratic Socialism.

The Washington Consensus was, according to Wikipedia:

initially coined in 1989 by John Williamson to describe a set of ten specific economic policy prescriptions that he considered to constitute a "standard" reform package promoted for crisis-wracked developing countries by Washington, D.C-based institutions such as the International Monetary Fund (IMF), World Bank and the U.S. Treasury Department.

And here were the ten policy prescriptions (again, copied and pasted from Wikipedia):
Now compare that list to the list of policy decisions I have been proposing as a way of mitigating America's current economic plight:
Who would've thought about prescribing for America what America prescribed for developing economies under financial stress?

If you check out the points of The Washington Consensus, there are many points which apply.

Fiscal Policy Discipline.
This pretty much fits in with my "cut military spending, raise taxes on the rich and run a surplus to pay back debt". The important thing here is that fiscal policy - how a government spends its money - should be disciplined. In other words, there should never be any large amounts of public debt. As I have pointed out multiple times before, America's public debt is too high as it is and will go even higher in the aftermath of this current financial crisis. Had the US government under Bush been fiscally disciplined, the level of public debt would have been a lot smaller, and the cost of bailouts and fiscal stimuli been more sustainable. Moreover, neither the US government nor the market can spend its way out of the current financial crisis. Spending more will make it worse. Austerity is needed.

I haven't really touched on this because the US doesn't have much in the way of subsidies except for the mind-blowingly stupid agricultural subsidies and protection in place. What has occurred, however, is a "subsidy" in the form of tax cuts for the rich. In other words, the cutting of taxes for the rich since 2001 might as well be the same as government subsidies for certain industries. These tax cuts were certainly not enjoyed by the poor, whose plight is shown up by median wage data which shows wages in 2008 to be below that of 2001. Moreover, according to The Washington Consensus, "pro-growth, pro-poor services" are things like increased spending on health care and basic education - two areas which have suffered in America's recent history.

Tax should be simple and should be broad. Taxing one industry more than another leads to an economic imbalance. Again, this part of the Consensus can be applied to the Bush tax cuts because such tax cuts ended up narrowing the tax base. Moreover, by decreasing taxes for the rich, more money than normal would have been pumped into investments. The current financial crisis has seen this money disappear.

Interest rates that are market determined and positive (but moderate) in real terms.

As I have argued elsewhere on this blog, the Federal Reserve ran negative real interest rates from 2003-2005, and from mid-2007 onwards. This has occurred under the chairmanships of both Alan Greenspan and Ben Bernanke.

John Williamson, one of the main proponents of The Washington Consensus, writes that positive real interest rates "discourage capital flight" and "increase savings". Capital flight is now a real danger to the US economy, a process which would lead to a severe devaluation of the US dollar.

This is obviously and interesting one. Some people think that this would involve cutting away government rules and letting the market go haywire - in other words, what has been occurring recently. Yet such deregulation in The Washington Consensus is qualified - only regulation which will result in better economic performance should be set up. This naturally includes instances where unregulated markets end up destroying themselves and the wealth of others. In the case of America's financial market, better rules and regulations should be set up to prevent this crisis from occurring again.

In summary, I submit again that the only policy direction the US should go in now is to follow the points of The Washington Consensus that they themselves helped to create. Moreover, I submit again that there is no other choice. The crisis has hit, the seeds that were sown are now being reaped. Watching the Treasury and the Fed act like incompetent third-world officials making panic-stricken, knee-jerk decisions is more than enough evidence for anyone who looks at this issue judiciously.
Posted by One Salient Oversight at 12:28

America's public debt is too high as it is and will go even higher in the aftermath of this current financial crisis.

Won't it just keep growing higher as there's never enough money to pay the debt because the money being loaned into existence is greater than the total current money supply, and so of course to pay this generations debt we have to borrow more money (which attracts interest)... all of which requires exponential growth in the money supply, which requires exponential growth of the economy to justify that money supply and stop inflation?

Summary
Fact 1: money is loaned into existence with interest
Fact 2: the total supply of today's money is inadequate to pay back the loans of today
Therefore.....?