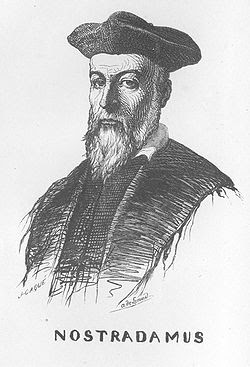 Posted by One Salient Oversight at 17:20

Even a year ago, these would have sounded plausible but impossibly gloomy. Now, they just sound like the "low hanging fruit" of the prediction parimutuel.

Regarding Mugabe -- why don't these old bastards ever die of heart disease or a stroke or something? Compared to the general population, they seem to have remarkably robust health.

Living in the UK I can't agree with the sentiment behind no. 14 -- although as you've phrased it ("a growing number") there's quite a bit of wiggle room for you (even the most nominal increase will count in your favour). As a result of the weaker pound I don't sense much increased desire among people on the ground for adopting the Euro.

OSO, we've re-posted this here. Thanks!

As a follow-up to my previous comment here's a poll result suggesting that as a result of the fall in Sterling the British public is no more in favour of joining the Euro.
http://www.guardian.co.uk/world/2009/jan/02/euro-public-support-poll-sterling

As the year progresses and the UK slides into a deep recession, those numbers will change.

"Duke Nukem Forever will be released to universal indifference."

WASH YOUR MOUTH OUT!

See, I don't bat an eyelid about Britain joining the Euro, but when you hit on IMPORTANT things, there's a problem!

The Duke Nukem project was shut down by the company (to universal indifference :))