Australia likely to be in recession by end of year 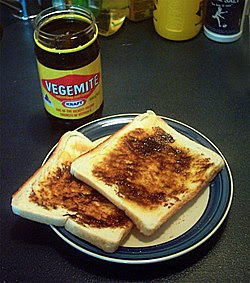 Despite all the wonderful protestations by business leaders and politicians about how strong Australia's economy is, bad economic news continues to bubble up.

The latest bit of news is that job advertisements in November 2008 have dropped the most on record. Last week, inflation gauges showed prices dropping quickly in October and November, coming at the same time as the Reserve Bank cut rates aggressively.

So we have a considerable fall in inflation accompanied by a considerable decrease in employment demand. Anyone with ECON101 knowledge knows that those figures together indicate a slowdown.

But then we have to add more, namely the recent GDP figures showing 2008 Q3 growing at a mere 0.1%. If that is revised downwards (and it is possible), then 2008 Q4 - which is already looking to be a negative number - could result in a "technical definition" of a recession (two quarters of economic decline).

So. Who to blame? Kevin Rudd? Despite the fact that the guy hasn't really done anything in his first year as Prime Minister you can't blame him for the current downturn. What about John Howard? The former PM and the coalition government did create some good economic conditions - namely a complete removal of government debt - which will give Rudd and the ALP a lot of room to run sustainable deficits. Howard, though, did help create a housing bubble in Australia with the First Homebuyer's grant and the Negative Gearing tax loophole - but then again Rudd hasn't done anything to remove it since winning the Federal Election 12 months ago.

But, of course, Australia is a small economy that is joined to the rest of the world, and as the economic contagion in the US has spread to Europe and Asia, so it has also spread to Australia.

Having said all that I still have some level of confidence in the Australian economy. We certainly won't avoid a recession IMO, but it will be on the upside (the recovery) that Australia's economic strength (or lack of it) will be shown. Unemployment, for example, will not exceed that of the US.
Posted by One Salient Oversight at 12:34

Thanks for another valuable piece to the global puzzle. May your politics remain less interesting than ours in Canada ;-)

John M - true - Canada has seen this much excitement over politics in what - 80 years?

A recession is likely here, but so far, SK seems to be out of it - it mostly those economies most reliant on our neighbour, and its automotive industries, that is going to suffer (hint - Ontario hint).

Interestingly, its landlocked status nonethless, SK is the least reliant of all Canadian provinces on US exports. The US is still our biggest trading partner, but percentage wise we are less exposed than the rest. Hmmm - I wonder if there is some sort of connection....

By Us esports, I meant exports to the US....