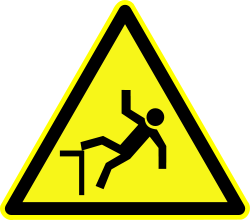 In general, there is usually a lag between bad economic data and increased unemployment and drops in GDP. As monthly figures come in sounding out bad news in housing, industry, automobile production and so on, the effects upon GDP and employment usually follow months later.

Back in the early 1990s, unemployment rose even while the economy began growing again. It was dubbed "the jobless recovery" as a result. What we can learn from this is that unemployment levels often take a while to stabilise even after the economy has begun to heal.

In recent times, though, we have seen a rather precipitous decline in employment levels. September 2008 saw unemployment at 6.1%. October 2008 was 6.5%, and November 2008 6.7%. Japanese trade figures for this period show a record decline. This is not a situation in which such declines are within arbitrary "tolerance levels" - they are record drops, never experienced before.

It is likely that 2008 Q4 saw US GDP decline by more than 1%. It is a steep decline, as exhibited by substantial unemployment growth and a record decline in Japanese trade. Moreover, news articles have pointed out that this was one of the worst Christmas retail seasons for a long, long time.

The only time we will see relief is when monthly indicators begin bottoming out. Once housing prices, for example, begin showing no monthly declines, can we also begin to see a potential recovery.

But the problem is that the economy is still falling. From 2007 Q4 until now, most of these indicators have been falling. Here's housing starts, which have been declining in percentage terms since 2006:

This graph shows percentage growth. Once housing starts level out, the line should go back to zero for a while. It's not looking good is it?

And here's retail sales. Remember, anything below the zero line means decline:

Here's the adjusted Monetary Base. It's difficult to see, but look at the far left of the graph. Panic?

In short, the bottom hasn't been hit yet. That means unemployment has a long way to go up. I predict mid teens at some point, and certainly over 10% some time in 2009.
Posted by One Salient Oversight at 13:31

OT (hope you're having a Happy New Year!) what the heck's with this?

"An impenetrable hedge", by Tony Boyd, Business Spectator, December 31, 2008. ... "The anomaly means that Australian investors into offshore feeder funds managed by Westpac's BT Investment Management and HFA Holdings cannot access their money while US investors can cash out at will."