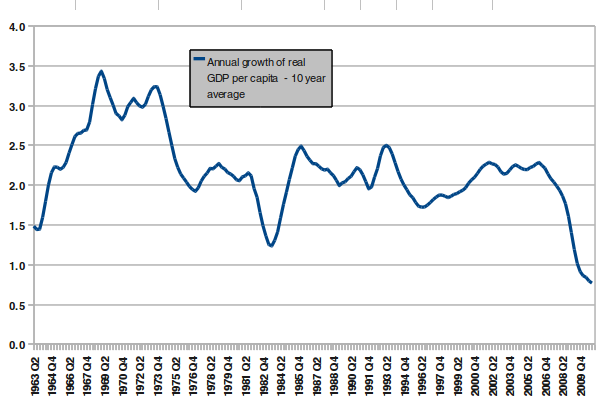 A while ago I chose to use as my recession indicator a decline in annual real GDP per capita. The reason for this is twofold. Firstly it can be derived from official figures (ie St Louis Fed) as opposed to the more nebulous proclamations from the NBER. The second reason is that simply measuring real GDP doesn't cut it in an annualised form since, by that measurement, there was no recession in 2001 and the 1970 recession wasn't too bad at all.

The thing is that population always affects economic growth. If an economy is expanding and population along with it, chances are that economic growth is being driven by an expanding consumer and producer base - more people means more potential consumers and more potential producers.
Of course the question arises as to whether you should measure annual changes or quarterly changes. Again there is nothing really "wrong" with doing this, but it does create problems in defining recessions. If we measured quarterly declines in real GDP per capita, we would end up having recessions in 2005 Q2, 2003 Q1, 2000 Q1, 1988 Q3 and 1986 Q2 amongst many others. So while I don't measure with the NBER I do listen to what they say - and measuring declines in annual Real GDP per capita do match up quite closely with NBER proclamations. The exception to this relationship appears to be a single quarter recession in 1956 Q3 which the NBER doesn't include on their list. 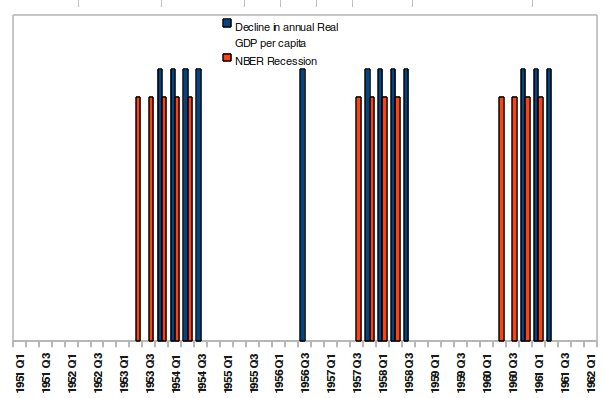 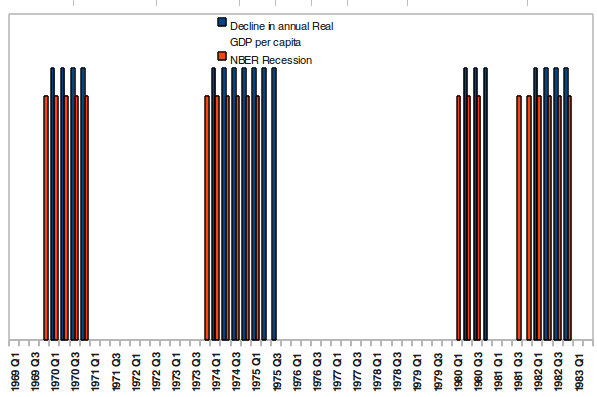 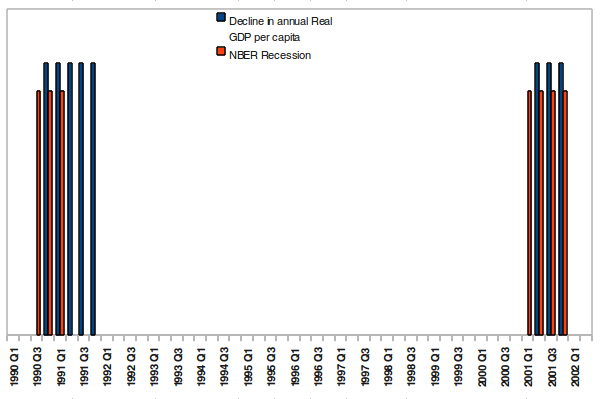 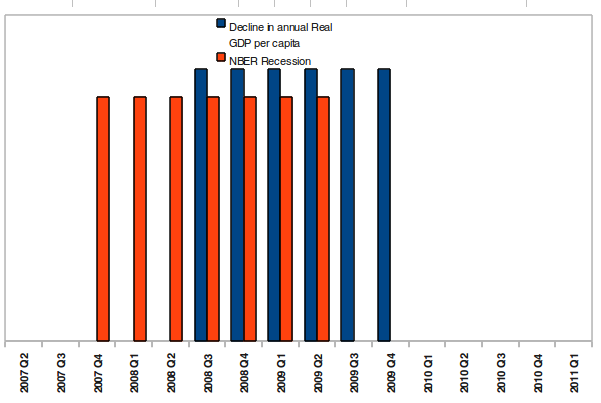