Why invest in investment when you can invest in growth? 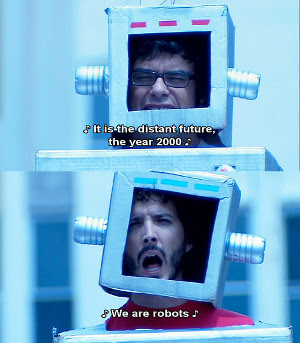 Come with me to the fictional economy of the future.

The year is 2030. The price of gold has passed $1 million (in today's dollars) per ounce. Nevertheless the world economy is shrinking badly. There are high levels of unemployment, massive poverty and starvation everywhere.

So how did we get to the point of $1 million per ounce? It could be argued that with the economy tanking so bad, investors have taken refuge in the only thing worth investing in. Why invest in companies that produce goods and services? No one is buying! Everyone is poor! It makes no financial sense to invest in such a scheme because the returns are just so low.

But the reality is that investors have gotten it backwards: It isn't that the economy is bad so we need to invest to gold, it's because we invested in gold that the economy is bad. Gold in the fictional world of 2030 has become another Tulip mania phenomenon - a massive investment bubble that drives itself bigger and bigger because people with money make rational decisions about where to invest it - and anything which rises in value should be invested in. Of course we would expect that, just like Tulip mania, this gold bubble would've burst, except that in the year 2030 the entire financial world has become so dependent upon it that any drop in the gold price is fixed simply by loose monetary policy. It isn't as though the central banks in the year 2030 are creating inflation - they're not - they're increasing the money supply via quantitative easing and keeping inflation within acceptable levels. Governments, sadly, have cut spending in line with their receipts, which have dropped faster than their country's GDP.

The problem here is simple. Past occurrences of investment bubbles have oftentimes resulted in huge busts. These days they do not. Instead, the investment bubble gets re-inflated because the ones who inflated it in the first place have not been removed from the financial system. Why is this? It is because any losses incurred by the bubble's deflation have been minimised through monetary policy - an increase in the money supply due to stimulation enacted by a central bank.

Say you have $20 million to invest. You could invest it in gold. Alternatively, you could invest it in a biotechnology company that grows human body organs in a factory to be used in transplants. Now if the return on gold is higher than the biotech company, you would naturally invest in gold. But what growth comes from gold? Well apart from gold mining companies employing workers to mine the stuff, there is very little growth at all. Of course there will be a knock-on effect as gold mines are begun and people get employed and secondary industries and retail enterprises start up - but with everyone investing in gold, very little of the wealth created gets turned into economic growth. Investing in the biotech company, on the other hand, does the same thing in employing people directly and indirectly, but has the added feature of creating economic growth. How? With transplants cheap and plentiful, people will live longer and happier and be more productive.

Now understand that I'm not having a go specifically at gold investors here (though to be honest with you I see absolutely no reason for people to value something that has no real usefulness). Instead I'm being critical of the entire financial system itself which values rising equity prices far more than returns - and whose "returns", by the way, are simply the result of accounting tricks and high equity prices traveling through the broader system.

From a fractional banking system you can see here that each step of the way from A to B to C to D to E back to A will increase the money supply and the money velocity. Yet nothing of value has actually been created in this process. In the past such situations would quickly result in financial crash - but these days central bank monetary policy has moderated any damage and ended up perpetuating the growth of the bubble.

You see it is my belief that most western countries have been building a huge, unsustainable investment bubble for the past 30 years. The world of finance has grown exponentially in that time but economic growth itself has begun to slow down. Even when you account for the effects of lower birth rates, GDP per capita in most western nations has significantly slowed down since the mid 1970s and early 1980s. Credit market debt in the US over this period has grown from about 150% of GDP in 1976 Q1 to a peak of 375% of GDP in 2009 Q1 (it has fallen slightly since then to around 250% in 2011 Q1).

So what should the solution be? I have pointed out recently that, in the US at least, there should be a higher level of government spending along with increased taxes to support it. Yet the current economic malaise is not just suffered by America but also by the European Union, whose governments have already spent up big. This is where regulation needs to come in. There needs to be firm and easily enforced financial regulation to prevent the growth of investment bubbles:

Read this.
Posted by One Salient Oversight at 22:39