The recent GDP figures paint a bleak picture. My spreadsheet does too: 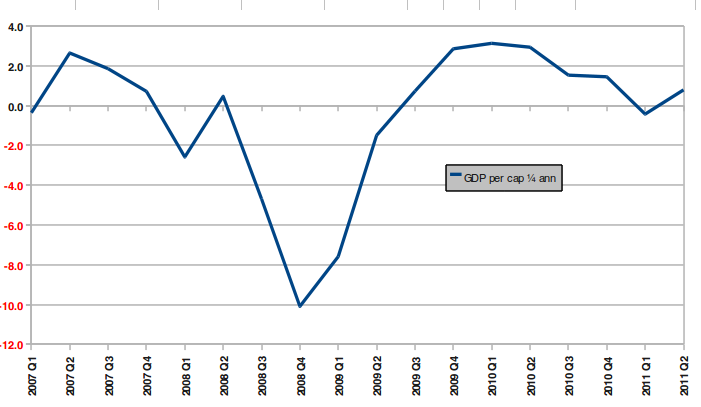 There was a revision of past GDP performance and it was very bad. The graph above shows quarterly changes in Real GDP per capita, annualised. Of course the big hit was 2008 Q4 but notice that 2011 Q1 has gone negative. I don't think this is the beginning of an annual decline of Real GDP per Capita but it can certainly be seen to presage one later on.

A very sad thing to notice about the new release of these GDP figures is that Real GDP hasn't yet passed its previous peak yet. 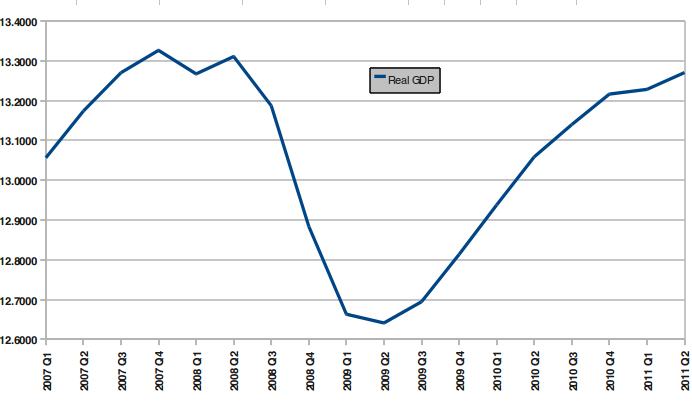