The 14th Amendment and the potential for economic disaster 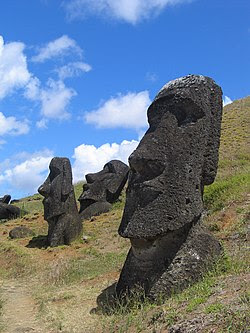 The 14th Amendment of the US Constitution is currently being examined and touted as an important factor in the current debate about the government debt limit. I've blogged about this recently but I've had some more ideas about it. Here is the text again:

Okay, the background of this amendment was post civil war. In its original context that first sentence guarantees the payment of debts incurred by the Federal Government in fighting and defeating the South. The second sentence, however, absolves the Federal Government from having to pay debts incurred by the Confederate States of America. The third sentence spells this out even more, permanently settling the question of Confederate debt.

It's the first sentence that applies in this current situation. Obviously the framers of the amendment thought it important not just to guarantee payment of debt by the Federal Government in the successful waging of the civil war, but to make it part of the constitution itself via an amendment. This means that they intended the principle behind this amendment to have an ongoing application.

As I pointed out in my recent article, this naturally applies to government bonds. As of the 26th July 2011, the US Government owes $14,342,830,116,551.28 in public debt. But is "Public Debt" in 2011 the same as "Public Debt" in 1868? There is a broader application of this term: there is debt accrued by borrowing, and there is debt accrued by buying. For example, if a government office gets a local company to mow their lawns, they naturally have to pay this local company. If we expand this idea outwards, we see that the Federal Government has legal obligations to pay for goods and services delivered to them by private industry.

But what about entitlements? Are entitlements considered debt? I think not. Entitlements such as Medicare and Unemployment benefits are probably not considered "debt" in this situation. Sadly this means that the 14th amendment does NOT cover money spent on Medicare or other social services.

"Public debt authorized by law" has also been interpreted by various bloggers and experts recently as to apply simply to spending bills authorized by congress. Essentially it means that if congress has authorized spending, then this cannot be invalidated by a debt ceiling... hence the debt ceiling as it stands is unconstitutional. I'm not sure of this broad definition for a number of reasons. The first is that the amendment itself doesn't specify it. The second is that we are talking here about Public debt - debt owed to the Public, ie not the government.

If you take this second definition to be important - PUBLIC debt - then what to make of government spending bills authorized by law? Well so long as the PUBLIC get what they are owed, the 14th amendment will not be broken. But if the Federal Government decides to stop paying its own employees, that is completely different because the money owed to their employees is not public. There are approximately 2.8 million people employed by the Federal Government.

Here's a summary of my thinking on this issue:
So given that these are true, what happens if the debt ceiling is not passed? We need to assume here that without a debt ceiling, the Federal Government will be forced to spend only as much as it gets in tax revenue. Specifically what might happen here?

As I have pointed out, I don't think an arbitrary self-imposed debt limit set by Congress is somehow unconstitutional since Congress is responsible under the constitution for spending government money. Also, it won't be a case of a law passed earlier (the debt limit) being superseded by a law passed later (spending bills) since the earlier law was specifically designed to prevent something happening in the future. 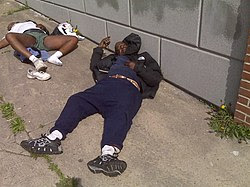 So if the debt limit is not passed and is not declared unconstitutional, what we won't see is a default on government bonds but there is a chance that these payments might be delayed. This would be viewed by the market as a form of selective default. Similarly Social Security payments might end up being delayed, as would be money owed to government suppliers for goods and services owed.

But in order to ensure that these obligations are met (either straight away or over time), certain government departments would have to undergo a drastic reduction in spending. We would see the government either retrench or put on furlough tens of thousands of its employees, if not many, many more. Those with unemployment benefits would have them reduced or postponed indefinitely. Those awaiting or needing medical procedures covered by Medicare will have them delayed indefinitely with priority given only to the most severe cases.

As I pointed out in my previous post on this subject, the US Federal Government currently takes in revenue equivalent to 15% of GDP while its spending is equivalent to 25% of GDP. The 10% gap between revenue and spending is shored up by borrowing. If the debt limit is not raised then the Government will have to reduce its spending to meet its revenue. We would see a reduction in spending from 25% or GDP to 15% of GDP, which is a 40% cut in spending. If we assume that bondholders, social security recipients and government suppliers are protected by the 14th amendment then everything else covered by government spending will be cut.

Needless to say this will have a hugely negative effect upon the economy. With 10% of the economy suddenly halting, you could assume that GDP would drop by at least 10%. The knock-on effects, caused by the money multiplier going into reverse, could conceivably double this impact. And this would be the case even without defaulting.
Posted by One Salient Oversight at 12:49