The events leading up to the coming downturn 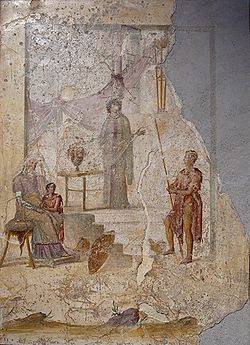 Further to my thinking from last post, I began to consider the two other recession indicators I have discovered - obviously they will both turn negative in time for the next downturn. This means there is a possibility that we can predict what may occur.

In short we have two potential outcomes leading up to the downturn: an inflationary one or a deflationary one.

Net Monetary Base vs Inflation (spread)

This measures the growth of the net monetary base (M0 minus excess reserves) over inflation. My original study is here. If we assume that a recession is due, what will happen to this indicator as it approaches? For the spread to turn negative, inflation must exceed the growth of the net monetary base. This can happen one of three ways: An increase in inflation; a decrease in the Net Monetary Base; a combination of the two.

An inflationary outcome would result in inflation outstripping the new monetary base. This would mean that, in the time leading up to the recession, inflation would increase. If the Fed does not instigate any Quantitative Easing, the chances are that this increase in inflation won't necessarily be big. Although a Latin America style inflation increase is possible, it's probably likely for inflation to get close to 10% and not much more before the recession hits. The only reason I use for this is that, historically, the US hasn't experienced a hyper-inflationary hit.

We need to also understand that the Fed has probably pushed the inflation limit to around 6%. I remember Krugman talking about this and the Fed's reluctance to increase the Federal Funds rate (currently 0.09%) in the face of growing inflation (now 3.4% - the last time inflation increased to around this level in October 2007, the Federal Funds rate was 4.76%) speaks for itself. So we're probably looking at inflation increasing to beyond 6% and up to around 8% before the Fed begins to push rates up again. By that stage inflation would have increased beyond the growth of the Net Monetary Base.

An increase in the price or oil and/or a decrease in the value of the US Dollar (the USDX) is likely to accompany this inflationary growth.

For a deflationary outcome, this would mean that the Net Monetary Base would be shrinking faster than the inflation rate - which would remain benign or turn into deflation. Only once in postwar history has the Net Monetary Base declined: in December 2000 and January 2001, a decline which presaged a recession later in the year.

The deflationary outcome, like the inflationary one, won't have to be sudden or substantial to presage the recession. If inflation sits at 1% and the Net Monetary Base grows as 0.5% - both near zero but slightly inflationary - the result will still be a negative spread and an upcoming recession.

A decrease in the price of oil and an increase in the value of the US Dollar (the USDX) is likely to accompany this deflationary outcome.

The May 2011 result for this indicator was 540, still in positive territory. As the recession approaches this number will drop quite substantially. Moreover, considering the time it will take for this result to drop, a 2011 Q3 recession start date (next quarter) is highly unlikely.

The only way the Federal Funds Rate will be increased is when the Fed decides that the problem of inflation is greater than the problem of high unemployment and low economic growth. As I stated above this thinking seems to hover around the 6% inflation level, so chances are that the Fed will begin to raise the Federal Funds rate once inflation begins to increase beyond 6%. As these rates go up in response to more inflation, it will inevitably exceed the 10 Year Bond Rate, thus presaging the downturn. This is the inflationary outcome.

The deflationary outcome would mean that the Federal Funds Rate remain low while the 10 Year Bond Rate crashes down to similar levels. This, in turn, would mean that the Bond Rate would be 0.09% or below. This, of course, would indicate massive financial distress that would be accompanied by a sharemarket crash of epic proportions and a credit crunch that would make 2008 look like a picnic. A soaring US Dollar is likely to accompany such a crunch (as it did in 2008).

So what will happen?

The reason why this is the most likely scenario is that inflation is already increasing, and the Fed has chosen a deliberately inflationary policy (Quantitative Easing). Peak Oil ensures that oil supplies will be harder to maintain, thus forcing an increase in oil prices and thus inflation.

So when will this happen?

As I have pointed out in my last prognosis, the next downturn will begin any time between 2011 Q4 and 2012 Q4. In the 6-18 months prior to this, we will see inflation increasing beyond 6%.

It's important to keep an eye on the recession indicators over the coming months. Watch as the Net Monetary Base / Inflation spread begins to drop towards zero. As inflation increases keep an eye on Fed announcements on monetary tightening, with the knowledge that an increase in the Federal Funds Rate will inevitably lead to a negative spread between the funds rate and the 10 Year Bond Rate.

Can the downturn be avoided?

No. I'm fairly certain that it will happen within the timeframe that I predict. The only thing that would save us is a return to positive real interest rates in June, a result that would imply an increase in bond rates and/or deflation.

What would OSO do if he were Ben Bernanke, armed with this knowledge?

Raise interest rates / tighten monetary policy. Get the recession over and done with. Set a tighter inflation target (preferably "zeroflation"), rather than a looser one.

What will we learn from this experience?

The 2008 crisis caused a rethink in inflation expectations - specifically whether current inflation targets weren't working. I agreed with this rethink but suggested that future policy be aimed at what Krugman calls "Hard Money". My argument was and still is that prices need to remain constant, neither inflating nor deflating over the long run, and that the best way to measure success at this level is to have the GDP deflator at zero over the long term. Unfortunately current thinking is that inflation targets need to be looser rather than stricter (eg Krugman, Stiglitz). I believe that these loose policies have created the conditions for negative real interest rates which will now doom the US economy to another downturn. Had "Hard Money" policy been enacted (by which inflation was controlled), there is no doubt that the current recovery would be slower but at least it would be sustainable. As it is, the loose money policy will simply create another bust and make things even worse.

I've also believed that national debt needs to be paid off rather than inflated away or defaulted. Using the policies we already have at hand I have suggested that the best way to turn around government finances is to raise taxes on the rich rather than cut spending. Taxing an overinvested share market through a Tobin Tax or a market capitalisation tax would serve to both punish financial bubble formation and create revenue to pay back debt. As for new policy, I would suggest someone seriously implement part of my zero tax economic system and simply pay off debt through money printing (what is now known as Quantitative Easing) while increasing the reserve ratio to prevent any resulting inflation. And as for reducing unemployment... set up a universal employment subsidy that makes it cheaper for firms to employ people while simultaneously raising wages - all at the expense of higher taxes (or more QE).
Posted by One Salient Oversight at 11:22