Couldn't have said it better myself - 2 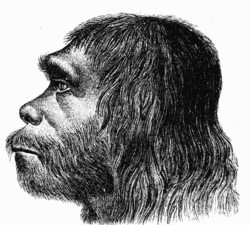 From the department of sensible analysis:

And the debate on energy policy has helped me find the words for something I’ve been thinking about for a while. Republicans, once hailed as the “party of ideas,” have become the party of stupid.

Now, I don’t mean that G.O.P. politicians are, on average, any dumber than their Democratic counterparts. And I certainly don’t mean to question the often frightening smarts of Republican political operatives.

What I mean, instead, is that know-nothingism — the insistence that there are simple, brute-force, instant-gratification answers to every problem, and that there’s something effeminate and weak about anyone who suggests otherwise — has become the core of Republican policy and political strategy. The party’s de facto slogan has become: “Real men don’t think things through.”

Is this political pitch too dumb to succeed? Don’t count on it.

Remember how the Iraq war was sold. The stuff about aluminum tubes and mushroom clouds was just window dressing. The main political argument was, “They attacked us, and we’re going to strike back” — and anyone who tried to point out that Saddam and Osama weren’t the same person was an effete snob who hated America, and probably looked French.

Let’s also not forget that for years President Bush was the center of a cult of personality that lionized him as a real-world Forrest Gump, a simple man who prevails through his gut instincts and moral superiority. “Mr. Bush is the triumph of the seemingly average American man,” declared Peggy Noonan, writing in The Wall Street Journal in 2004. “He’s not an intellectual. Intellectuals start all the trouble in the world.”

It wasn’t until Hurricane Katrina — when the heckuva job done by the man of whom Ms. Noonan said, “if there’s a fire on the block, he’ll run out and help” revealed the true costs of obliviousness — that the cult began to fade.

What’s more, the politics of stupidity didn’t just appeal to the poorly informed. Bear in mind that members of the political and media elites were more pro-war than the public at large in the fall of 2002, even though the flimsiness of the case for invading Iraq should have been even more obvious to those paying close attention to the issue than it was to the average voter.

Why were the elite so hawkish? Well, I heard a number of people express privately the argument that some influential commentators made publicly — that the war was a good idea, not because Iraq posed a real threat, but because beating up someone in the Middle East, never mind who, would show Muslims that we mean business. In other words, even alleged wise men bought into the idea of macho posturing as policy.

All this is in the past. But the state of the energy debate shows that Republicans, despite Mr. Bush’s plunge into record unpopularity and their defeat in 2006, still think that know-nothing politics works. And they may be right.

In any case, remember this the next time someone calls for an end to partisanship, for working together to solve the country’s problems. It’s not going to happen — not as long as one of America’s two great parties believes that when it comes to politics, stupidity is the best policy.

Paul Krugman's dead right on this one. Before Katrina, it was obvious to outsiders like myself that a personality cult had developed around president Bush - it was the only thing that could explain his huge popularity in the midst of making blindingly obvious mistakes. Since Katrina popped that bubble - which has led to a correspondingly low long term approval rate for Bush - it has become easier to examine his actions objectively.

The problem is that the hyper-partisans who helped set up this cult of personality, rather than repent of their actions, decide to direct their anger at the opposite side of politics. Take the right's furious denunciation of Obama in Germany as being comparable to Nazi rallies.

Nevertheless, Krugman's description of Republicans as "know nothings" does ring true, and that is cause for concern. In the world of ideas, Republicans and conservatives have lost any semblence of coherent and intelligent thought. Take the weekly ramblings of Charles Krauthammer at the Washington Post - surely someone who was part French, part Jewish, highly qualified as a psychiatrist and permanently paralyzed and confined to a wheelchair would make a fearful intellectual conservative. Sadly, this is no longer the case. Krauthammer has morphed into the worst sort of commentator - hack and spin merging together into angry, uninformed, unintellectual and poorly written screed. Rather than becoming a potential for conservative thought post-Bush, Krauthammer and other politically conservative commentators bravely stick to their guns and their talking points, offering nothing of substance to address the current tide of economic, political and social upheaval.

And I think this is where the left and the right differ. Right wing commentators seem to be more faithful to party politics and have relied upon a top-down approach whereby Karl Rove and other Svengalis disseminate talking points to their eager media followers (a process which has likely been less successful as Bush's popularity waned and probably revealed to commentators like Karuthammer the fact that they were used as pawns). The left, by contrast, seem to be more diverse, more based upon a grass-roots movement that is, especially in the case of Daily Kos, making steps to change American politics generally and the Democratic Party specifically. In other words, the right wing has been controlled by elements of the Republican Party, while the left wing is attempting to subvert and control elements of the Democratic Party. This process explains why right wing commentators are generally in lock-step with their message and quite partisan, while left wing commentators are diverse and are often angry or annoyed at how Democratic leaders have performed.

The fact is that we are currently straddling two eras in time whereby the waning power of conservative politics is being challenged by neo-leftist thought. The Republican Party - and other right wing parties around the world - will find it harder to maintain power as this new grassroots movement builds.

Of course, if we transplant ourselves back into the late 1970s we would have seen a similar movement - a grassroots movement of neo-conservatives challenging the established power of old leftists. The world has learned a lot from this period of conservative thought, namely what has worked and what has not worked. It remains to be seen how long the current neo-leftists will stay in power in the future and how long it will be before conservatives can effectively respond. Let's hope it won't be too long - a prolonged period of leftist dominance will probably leave the world in as bad a position as it is now under conservative rule.
Posted by One Salient Oversight at 17:29