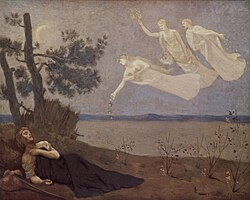 From the department of dream solutions:

The Federal Reserve's decision to hold the line on interest rates was the only move the central bank could make considering the state of the US economy, PIMCO chief Bill Gross said on CNBC.

Reacting to the Fed's move to hold its key interest rate at 2 percent, Gross called talk of rate hikes "comical."

"We're in a recession. When has the Fed ever raised rates in a recession?" he said. "Unemployment is headed toward 6 percent, mortgage rates on home buyers are at 7 percent, and these guys want to raise rates?"

Gross said the central bank has a responsibility now to provide liquidity.

"We're in an asset deflation of near-historic proportions. That calls for the use of the government's balance sheet and not for the Federal Reserve to raise interest rates," he said. "To the extent that the central banks now must prevent that deflation, interest rates don't go up, they go down."

To be honest with you, I have no idea how it is that Bill Gross is able to be so respected as a financial analyst after this comment. So let me make things clear to you Bill, in the hope that I might one day be seen as competent enough to be a financial analyst.
I don't know Bill, but being ignorant of historical facts and turning a blind eye to the Consumer Price Index is no way to determine monetary policy. It's almost as though you're dreaming up facts and then using them to bolster your opinion.
Posted by One Salient Oversight at 11:56

I agree with you (and the data) that inflation is growing, just as you and I predicted.

However, to be fair to Mr. Gross, there is at least one sector suffering from serious asset deflation, and you have posted on it in the past: real estate.

My view is it is not so much a deflation as a bursting of a bubble driven by the government's inflationary policies the last 8 years or so. Real estate is now passing through a painful stage where asset values return to a more realistic level, and all those bad real estate investments are being liquidated. Or at least they would be if the government would let them, instead of trying to "save" them.