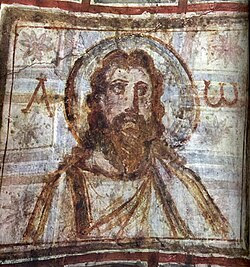 Jesus Christ, the central figure of the Christian religion, has been panned by critics on both sides of the political divide after he entered the US presidential race.

"This guy, this guy thinks he's the Son of God for crying out loud!" said talkback host Rush Limbaugh, "He thinks he's the Messiah! How can we allow an effete elitist like Jesus run our country?"

Armed with Jesus' biography and the writings of his followers, political commentators have had a field day.

A panel on Fox News debated Jesus' biography, called "The Gospels", and showed up just how out of touch the candidate is.

"For starters, why was it necessary to have four different biographies?" asked right wing author Jerome Corsi, "Four different accounts of Jesus' life. And you know what - there is still so much missing. What happened to Jesus in between his time visiting the temple with his parents and when he called his first so called 'disciples'? What was he doing? Which school or college did he attend? Given his secrecy and his attitude towards sharing wealth, I would say that wherever it was was as socialist as they come."

Corsi also indicated that he had an unnamed insider who has spoken to him recently about life inside Jesus' inner circle.

"This man, one of Jesus' closest advisors, came to me personally and spoke about how much he hated the man, how much he despised his teachings. This man spoke about his misgivings on how money was spent in the organisation and gave examples of people wasting resources that could have been used more profitably. This brave man kept his thoughts to himself and kept his mind free from the cult-like atmosphere that pervaded Jesus' inner circle. He should be an example for us all!"

"Jesus and Jesus' followers commanded their people to redistribute money. I mean where is the incentive in that?" queried Grover Norquist, "And you know what happens when you don't bow down to the powers that be and reveal your taxable earnings? Well, God strikes you dead. Ananias and Sapphira, were supposedly killed by God, but more likely they were executed by the fascist state that Jesus' followers were implementing in order to frighten others into subservience."

Others have serious questions about Jesus' attitude towards terrorists.

"It says here in one of his biographies that we should 'turn the other cheek'!" said Hugh Hewitt "Does Jesus seriously think we should become the world's punching bag? If the country followed Jesus' teaching we'd be overrun by Islamofascists within days. Not to mention the complete shutting down of our armed forces which would leave our proud men and women in uniform without the means to support their family. Jesus is anti-America, anti-freedom and hates our troops!."

"Jesus tolerates sin. There is no doubt about it. When confronted with an adulterous woman he steps in and prevents the natural course of justice with some tortured rhetoric. Not only was he destroying the rule of law, he was more or less condoning her behaviour. Jesus was saying to everyone that sexual immorality is fine! More than that, I have yet to find any mention in Jesus' direct teachings that addresses homosexuality or abortion. Fine, he says 'let the little children come to me' but where does he define when a person comes into existence? And the fact that he doesn't even talk about homosexuality must mean that he secretly endorses it. Jesus is as liberal and as effete as they come." Dobson argued.

Jesus' entrance into the presidential race has also angered many progressive commentators and politicians, not least his stance towards women, as Hillary Clinton noted.

"When Jesus started his ministry, how many of his 12 special friends were women? I mean forget the fact that there were some women disciples... I'm talking about women in leadership here. And when the church was formed, how many books written by his followers were written by women? Weren't there intelligent, faithful women in the church who could contribute to the narrative? Apparently not. From the moment he turned up looking for disciples, Jesus was a macho misogynist!"

"Jesus teaches only one religion. Only way way to God. Only one truth. There is no room for debate or different experiences. In a pluralistic society is Jesus the right man for the job? We've already had seven and a half years of a president who somehow thinks God talks to him and who is rigid in his views. Do we need another one?"

"Although Jesus never spoke about homosexuality, his followers certainly did and the only opinion they had was that they were against it. More than that, Jesus and his followers frowned upon any form of sexual expression outside the rigid boundaries of a monogamous, church blessed heterosexual relationship. If Jesus becomes president and Jesusism is promoted through faith-based government programs we will see an America in which sexuality is repressed and the state using its muscle to enforce a particular brand of sexual belief. Is this what we want for America? For the state to control our private lives and tell us who we can be in bed with?"

Martin James, a psychoanalyst and member of the center for American progress, wrote on his blog recently about Jesus' psychological problems and why they would exclude him from being a serious presidential candidate.

"Jesus was the first child in his family. A lot of weight and expectations were forced upon him from a young age. Then his father died. Since then he has been projecting his dead father into his so called relationship with God, as though he was God's specially anointed son sent to the earth to save it. Jesus suffers from delusions of grandeur, a Messiah complex and deep seated emotional problems due to an unhappy childhood in which his natural father dominated him. But instead of his father's death being a release for him, it made his psychological condition even worse as he began channelling his impaired relationship towards a personal deity instead. A person as psychologically wounded as Jesus would never make a good president, let alone a productive member of modern society."

Meanwhile, in middle America, Jesus' candidacy has not gone down too well.

"I have no idea what he stands for" said Sally Unwin, a librarian from Nebraska, "I suppose I could read his biography and all but its so wordy. There's a lot of people out there who hate him, that much I know for sure. I wouldn't be surprised if someone gets a gun and kills him, you know?"

Posted by One Salient Oversight at 14:35

Now I question if He would actually put himself forward ........
Seems to be like something he rejected when in the wilderness.

When did you meet Sally?

Jesus could never be president. He's not a native born American, nor is he 35 years old (stuck at 33). Why, he's not even a Christian!