Borrowing our way out of debt? 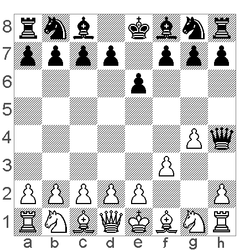 But why worry about debt? Some people think that debt doesn't really matter because everything balances. From an accounting perspective this is true, yet increasing levels of debt will ultimately lead to either long term tax increases or long term spending cuts or a combination of the two. The only other alternative would be inflationary money printing or just keep borrowing.

We need to remember that "crowding out" will still occur. In a faltering economy like now, such an action may not seem worrisome (investment has pretty much stopped) but over the long term it is. The more money the economy invests in Government bonds, the more the US government puts on the national credit card.

And the more money put on the card now, the more that will be needed to pay off in the future.

Economists often talk about "the paradox of thrift" as though it were an axiom not worth debating. The idea behind the "paradox of thrift" is that when an economy suddenly shifts from a spending culture to a saving culture, the result ends up being an economic downturn and, as a result, less money saved. While this is true, I would also suggest that "The paradox of spending" should also apply, namely that when an economy spends too much, it eventually results in the inability to spend.

All things being equal, of course, running a deficit and even having a stimulus package is not necessarily a bad thing. The problem is that Keynes prescribed fiscal surpluses to balance out these deficits. Since the US government has been running the opposite of Keynesian fiscal policy since, well, since Reagan, the result has been a growing level of public debt. At this point economic common sense begins to take over, in which it is obvious that if a person just keeps living on credit, a time will come when he has to pay it back or go bankrupt. Governments - even those with the power to create money - just can't ignore this simple economic fact.

With Public Debt over 44.6% of GDP, I do not think that there is much room for the US Government to run a stimulus package of the size currently trying to passed through congress. Moreover, I don't think the previous stimulus package (the Bernanke/Paulson one supported by Bush) was a good idea either.

Now travel in your mind's eye here to Australia. Although unemployment here is still relatively low (4.5% compared to 7.2% in the US) only a fool would think that our little nation is somehow insulated from the crisis engulfing the world. Rudd is trying to push a new stimulus package as a typical Keynesian way to help mitigate the crisis. What is my opinion? I think it's a good idea - and the reason is because net Public Debt in Australia is negative. There is plenty of room for the Australian government to spend big without much fear that it go out of control (unless they go all Whitlam again).

Yet America's fiscal situation, already worrisome before the crisis hit, is likely to counter the effects of the stimulus plan far more than the Republicans can do in Congress.

As a result, I'll simply return to the prescriptions outlined in the Washington Consensus, which I have written previously and write here again:
I am reasonably certain that, in hindsight, my prescriptions here (which are lifted from the Washington Consensus and applied to the US government in the present) will be the ones most future historians and economists will say should have been applied.
Posted by One Salient Oversight at 15:45