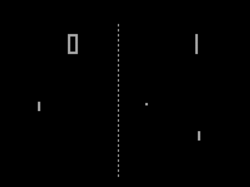 I'm not a gamer - never have been. It's not that I don't enjoy playing computer games, it's just that I have never been able to afford having a PC that is powerful enough to run the latest and greatest PC games.

My son, however, has a PS2 - but the games that he likes playing are not the sort that I like playing.

And this, of course, will make it harder for people to seriously consider using Microsoft Windows any more.

You see, there is a link between PC gaming and Microsoft Windows - you cannot have the latest PC game without having Windows. Linux and Mac users are automatically shut out of this process. But with the upcoming demise of Windows XP, and the major problems people are having with Windows Vista, and with a recession occurring, people will be unwilling to spend the bucks required to both have the latest and greatest games as well as having a PC system capable of running Vista properly.

And this is where Linux comes in. With people no longer willing to spend the money to upgrade their systems, and no gaming needs to speak of (the majority of PC users), switching to Linux will be a serious attraction. Combine this with the ever growing user friendliness of Ubuntu Linux, and the stage is set.

But what will the numbers be? One thing is for sure and that is that 2008 and 2009 will not see a major stampede of Windows users becoming Linux users. You're not going to see Linux suddenly command 10% or more of the PC market.

But what you will see is Linux commanding a smaller percentage of the PC market. I would guestimate that 5% of the PC market by the end of 2009 would still be wildly optimistic - yet it is entirely possible that this will occur.

Why do people have computers? A lot of people use them for internet surfing, emailing and word processing and occasionally have a need for spreadsheets. All of that can be done more than adequately with Ubuntu (or Kubuntu) currently, and with zero direct software costs. Switching over to Linux will, of course, be "costly", but once that initial learning curve has been overcome, the user is unlikely to look back.

Ubuntu, of all the Linux distributions, has the advantage of running a six-month release schedule. Ubuntu 8.4, "Hardy Heron", is about to be released. I'm still using Kubuntu 7.10, "Gutsy Gibbon", but when the new release is available I will be able to seamlessly upgrade my operating system. While Microsoft takes years to release new operating systems and releases only the occasional "patch", Ubuntu Linux users can upgrade to a new version every six months and have software upgrades (to fix bugs or security) available every week.

And, of course, Ubuntu Linux (like all Linux distributions) is free to download and distribute. Once a PC user is able to accept the one-off indirect costs of moving from Windows to Linux, the long term costs shrink considerably. I have personally saved thousands of dollars in not having to purchase new computers and new software over the last 5 years because I have been able to use Linux on obsolete PCs.
Posted by One Salient Oversight at 13:59

I'm wobbling on the precipice of committing to Linux - the one thing that has kept me back has been using a hotmail account, accessed via outlook express - but now MS is "improving" hotmail and making it incompatible with OE, so the one thing keeping me tied to the Windows system has a terminal deadline of June 30 2008.

As Sam said a deadline of June 2008 for XP but looks like SP3 will be about June - it is being released currently but later for home users.

Games is strange - I still use my Win 3.1 Money Counts for Windows on XP but many games (passed on by Dave for his kids) will not work on XP - they seem to want Win95

Must be time for taking on the Poles and Huns in Medieval Total War - plays very nicely on my new box but takes a while to load itself. Don't know if such games are on PSetc

The big need I see for Ubuntu/Linux was a Movie package. Last time I looked there did not seem to be anything ready.....

Neil,
while I love the idea of Open Source for so many reasons, have you got any breakdowns for consoles V computers? Because I'll let you in on a secret... I hate console handsets.... and I know many gamers feel similarly.

Wii is a different type of thing all together.

But for networking serious games like Warcraft 3, you need a good computer. So I'm taking Harry with 3 other mates up to Epping's internet cafe for some Warcraft 3 on Sunday afternoon.

I do look forward to the day when Open source gradually replaces other systems, but it's going to need exponential uptake and exponentially more corporate support because right now it's about a decade behind. Gimp does not have some very, very basic requirements for graphic designers: period. It's high end technology with something like 60 million lines of code. We're comparing a little Cessna to the Space Shuttle. So open source is not threatening the Adobe Creative Suite any time soon, not for professional designers.

Also, people don't want to hack the code. They just want things to work. Even hard corps Slashdot Linux lovers realise that home users aren't "geeks" and just want the thing to "go", especially in the lifestyle, photo-editing, movie editing stuff. They want to spend their computer time DOING stuff, not ending up like the Pakleds LOOKING FOR stuff.

"We look for things... things that make us go".

So iLife, especially iMovie and iWeb, are big draw cards to Mac.

With iWeb I'm seeing some amazing websites from complete novices in web design. Some of the stuff might take weeks for me to learn to do well in Open Source's version Kompozer (which I've been trying to learn). These guys are knocking out basic iWeb sites in a few hours... from absolutely ZERO web savvy to published website!

So maybe the coming Great Depression will force more people and corporations to get behind Open Source? However, if that Export Land Model is on the button, we might be wishing it were "only" a Great Depression. I hope they're wrong.