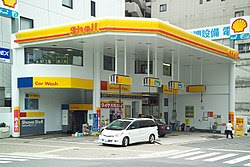 From the department of well this is a surprise:

Charles Kigar doesn’t think twice when he has a choice of buying a gallon of conventional gasoline or a gallon of gas that contains ethanol at the same price.

He buys the gas without ethanol.

The reason is a simple matter of science. Conventional gas delivers more energy than a gallon that contains ethanol.

If it’s a gallon of E-10, which is a blend of 10 percent ethanol and conventional gas now widely available in the Kansas City area, there’s an energy difference of about 3.4 percent.

Now that may not seem like much when you’re topping off the tank this week. But over the course of a year of normal driving, it would take an additional 40 gallons of E-10 to go the same distance as conventional gas. If they were both priced the same, it would mean an extra $120.

Of course here in Australia the price difference is 4 cents per litre cheaper for E-10, but this may simply be due to subsidies coming into effect.

So while this subsidy may result in economically neutral or even slightly better costs of petrol for drivers, the actual energy used to make E-10 doesn't seem worth it. Regular unleaded seems a better choice.
Posted by One Salient Oversight at 23:46