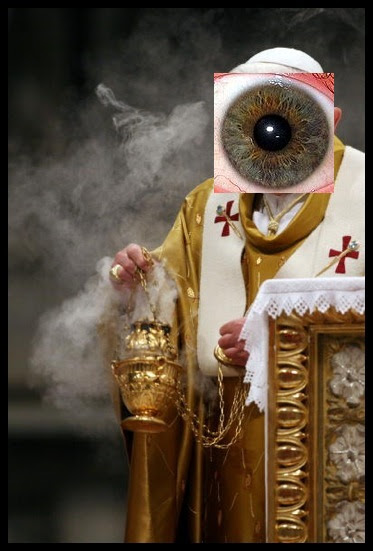 I've realised that some of these are worthy of posting here:

In response to the GOP's "Pledge" about controlling the US budget:

So let me summarise from here what the biggest things in the budget are, in order of amount:

So there are only these four places for the Federal Government to cut into. Everything else represents a very small proportion of government spending. Even if you completely cut funding to NASA, Homeland Security, the FBI, or Department of Education, the result will be negligible.

So what Americans need to ask the GOP is "What are you going to cut spending on to bring the budget back into balance?".

In the end the only real solution is to increase tax revenue, which means increasing taxes. The GOP won't do that. In fact they'll probably cut taxes for the rich again, convinced that maybe this time it might work.

Which means that the GOP will simply put the Federal government further and further into debt. That's what they've been doing since 1981, so we can assume that they'll go with tradition on that one.

In response to predictions of the "end of the world" and the fact that so many have failed:

The thing is that history is replete with instances of societal collapse and population downturns. War, famine and disease have taken away huge proportions of human population.

The "end" is never the "end", unless you're talking about Jesus returning or a massive impact event. The Roman empire ended - slowly and painfully. But people still lived in Rome. Other empires came along and replaced them.

We have around 6 billion people living in the world at the moment. If global warming takes a turn for the worse and agricultural production drops by 95%, it will probably mean the deaths of billions. But it won't be the end. People will still survive. Countries will disappear, governments collapse, borders moved, but there will still be stable governments and healthy people for a minority of the people on earth. And it will be that minority that will eventually flourish to replace the collapse.

So it's not the end of the world, but an end of a chapter.

In response to a Conservative Redditor who is very concerned about radicals taking over the Republican Party:

What saddens me is that conservatives in the US have degenerated into anti-intellectualism, blind ideological adherence and an inability to think critically. Popular conservative commentators reflect this belief.

Conservatism as a set of political beliefs has a lot to offer - seriously it does. But conservatives in the US pose a net threat to America's safety and prosperity.

If the GOP and the Tea Party do not do as well as they hope during the 2010 mid terms (ie control one or both houses of congress) I can see violence resulting.

I don't even know who the "extreme radical left" are in the United States. There are certainly a few unreconstructed Marxists out there who still preach class warfare and the need for a people's revolution but they have, as far as I know, almost no influence upon the Democratic Party. Even Bernie Sanders is too right wing for these old Marxists.

There's a few anarcho-primitivists in the environmental movement, but they are too small.

I visit Daily Kos often - it's probably a good place to start in finding out the thoughts and beliefs of the young mainstream left in the United States. Although they support an expansion in government spending to fund universal health care, better public schools and better environmental policies, they are hardly trying to create a communist America. The policies of the Kossacks and those like them in the Democratic party is to move the US into more of a Western European social democracy. They may find the free market problematic and in need of change, but they are not preaching a complete government takeover of private businesses, wealth and property. By all means of measurement, the left in the US is moderate compared to historical progressive policy.

By contrast, the right wing in the US has no real precedent in history. The US right want the government to be turned into Minarchism while maintaining a series of very conservative social laws (eg against homosexuality & abortion, more censorship, etc). The America that the US right wing want is one in which the federal government runs the armed forces, state governments run law enforcement and the legal system is covered by both. Apart from that, the government should do nothing. Education will be run either as a private business or home schooling. The poor will receive no welfare except from the charitable giving of the wealthy. Health care will be provided entirely by private business and insurance agencies, with those who cannot afford it left uninsured or begging for charitable handouts. Social security should be eliminated and people should provide for their own retirement. These policies are a complete repudiation of all that has been learned in the last 150-200 years of Western Civilization. Thus the right wing in the US is historically very radical in its views and not moderate by any way of measuring political and economic beliefs.

And the more radical a belief is, the more likely that violence is to erupt. It erupted on the "left" when communism swept into Russia and China. It is likely to erupt on the "right" in the US due to the Tea Party.

And I finish by promoting Absolute Price Stability on a thread discussing the gold standard:

Fiat currencies are as inherently failure-prone as a car is - it depends upon the driver.

Car drivers can be stupid, they can be smart. If a car crashes it is oftentimes the fault of the driver.

It is quite possible for a fiat currency to exist without any form of long term inflation. Japan since the early 1990s has had enough bouts of deflation and inflation to ensure that the Yen has neither gained nor fallen in value.

Of course Japan's economy during that period has not been the best, but what it does show is that an economy can function, GDP and GDP per capita can be raised and prices can remain stable even when a fiat currency is being used.

The key here is absolute price stability: ensuring that money neither rises nor falls in value over the long term.

Of course, by this argument, even low inflation targets are too high. The ECB, for example, tries to keep inflation under 2%. They should be keeping it just above or just below zero so that the average over the long term is zero.

As for gold... the problem with a gold standard is that for it to act as a currency it would need to not just retain its value but neither increase nor decrease in value, otherwise inflation or deflation would result. To increase gold supply would require more gold to be extracted from the ground (which would make mining companies de facto central banks) and, once it has been extracted, it cannot be "unextracted". By contrast a fiat currency can be created or "decreated" instantly by the actions of a central bank.

Posted by One Salient Oversight at 19:17

You should copy and keep the "A foot in both camps" speech for future reference. It is pure gold!