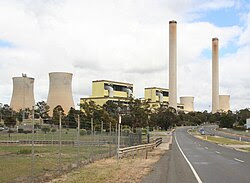 In a luncheon hosted by the Australian British Chamber of Commerce in Sydney today, BHP Billiton chief executive Marius Kloppers said that there was no single silver bullet to reducing emissions and the Government has to incorporate a number of variables.

He cautions that Australia's energy supply is particularly carbon intensive, with about 90 per cent of carbon emissions coming from the electricity sector originating from coal-fired power stations.

He encouraged consumers to favour low carbon alternatives and to recognise that making a difference comes at a price.

BHP Billiton is, of course, the largest mining company in the world. Moreover, while it has diverse mining interests, it does own and operate a number of coal mines around the world.

The encouraging thing about Kloppers' statements is that they reflect the thinking and attitude of BHP's top management towards the issue of climate change. It has always been my belief that companies involved in hydrocarbon-for-energy extraction should be the ones taking the lead in producing alternatives to carbon emissions, rather than setting up disinformation campaigns against scientific consensus.
Posted by One Salient Oversight at 17:55

The US Joint Forces Command has issued warnings that we are at the peak of oil production now, and that in just 5 years global oil production could be down about 1/8th!

Forget carbon taxes: peak oil will throw us into emergency liquid fuel rationing. Peak coal on the other hand might only increase this nation's addiction to selling the foul stuff: unless of course buying nations see the light and start switching to nukes.