I still believe in inflation targeting 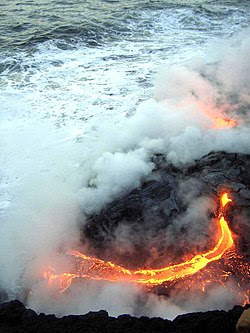 The current economic crisis - which has now lasted so long it should eventually require a name change - has naturally called into question deeply held assumptions and rigid ideologies. And that's a good thing.

One thing which has been questioned is the wisdom of "inflation targeting". The argument is that since inflation targeting was designed to flatten out economic growth and prevent booms and busts, then it is obviously a failure.

Let me rehash one of my typical arguments about Absolute Price Stability. Had inflation targeting been far stricter in the last ten years and aimed at neither inflation nor deflation, but rather a zero net change in consumer prices, then this crisis would never have occurred in the first place. Higher interest rates would have prevented a subprime bubble, it would have dampened economic activity enough to prevent ultra-high oil prices, it would have provided a reasonable alternative to investing in the share market and it would have prevented excessive lending and over-leveraging.

So the reason why I believe in inflation targeting is because, if it was actually tried and if Absolute Price Stability was its goal, the current crisis and mess would never have occurred in the first place.
Posted by One Salient Oversight at 13:15

Dear Admin,
I am looking for some good potential sites like yours for link exchange. I reviewed your
site and found that, in SEO perspective your site is Perfect. Also, this would
be a great resource for my visitors.
I would request you to consider adding our website in your links.

The site I would like to suggest for inclusion is..


Here is the detail of the site..
Title : Forex Download
Description : An automated forex trading software for all forex trading needs.
Url: http://www.forexfreedownload.com

Your links will be added here after your approval.
http://forexfreedownload.com/forex-download.htm

I assure you both of us would be equally benefitted by this linking method.

Thank you very much for your time and support. I look forward to hear from you soon!