Indulge me for a second 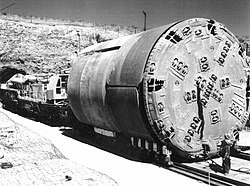 Update: Noni said this in the comments:

If everyone in my city sold their home and bought an identical one this year, their net benefit (in housing, not in dollars) would be zero, but the market's benefit would be huge. Something wrong, there.

So. 2 orders. One is buy in the morning. Two is sell at the end of the trading day. A boring job (as per the photo).

You know, considering the leap in the value of shares from 1990 until, well, about a year ago, my lazy stockbroking activity would have been quite profitable. Given the peaks and troughs of the sharemarket, a simple buy in the morning and sell at the end of the day would have gained me a net profit over my 17 year trading history.

Of course we all know it's more than just what I outlined. There's candlesticks and lines of resistance and Fibonacci sequences and goat's entrails that tend to help brokers make their decisions.

But, in the end, if a guy can make a profit from about half an hour's work and a disciplined adherence to his system, then surely financial markets are a simple way to make money?

The sad thing is, however, that the current blurggh that the market is going through sort of destroys his monetarius modus operandi - unless, of course, the market goes into permanent stasis or, in the case of Japan, perpetual decline (which, of course, favours the stockbroker who shorts in the morning and buys in the afternoon).

Whatever financial skills are needed, it is surely not the same as brain surgery. Let's hope that all the brilliant minds of the next generation don't choose a career that rewards laziness.

PS I said "indulge me". I know that there are skills involved in being a successful stockbroker. I'm just joining in the "financial people are dumb" meme.

PPS Yes I knew monetarius is not latin.
Posted by One Salient Oversight at 18:36

I think this is an even bigger problem than you suggest and I would extend it beyond finance to things like the law as well. In Australia at least, far too many of our best and brightest end up studying things such as business and law to the detriment of other subjects. Just look at the list of the top HSC students every year and see how many of them end up studying law. Personally I think it's a great loss when our brightest students are diverted away from other important fields such as the sciences, medicine, engineering, history, teaching etc etc etc.

Why does this approach remind me so much of veteran bettors at the race track? They find a method and they follow it, and sometimes it works -- or at least they don't lose money.

Your method might well work, but it will ALWAYS work for the agent, who gets a little slice of the cake every time it passes through his hands, whether coming or going.

This shows up in the real estate market too, and it bothers me. If everyone in my city sold their home and bought an identical one this year, their net benefit (in housing, not in dollars) would be zero, but the market's benefit would be huge. Something wrong, there.

I don't understand your comment that only "the market" would benefit. Would you please define or elaborate?

I'll ignore the impossibility of everyone swapping their existing house for an identical one.

Thank you in advance for any clarification.

I think this story was very interesting in light of your puzzlement over why capital flight from the dollar has not occured:

What impossibility? It's not like a perpetual motion machine or supply side economics -- playing musical houses is well within the laws of nature.

The trading of houses, however, need not be 100% in order to illustrate my point.

Suppose we go back to the 50s. Many families got a job, bought a house, and stayed in both job and house for the next 30-40-50 years. The monthly cost of housing was identical to the mortgage plus taxes, or close enough as no nevermind.

Move forward to me and my husband, circa 1975. Like many young people we rented, and moved when we needed to be near something else like school or a new job. Our cost of housing was rent + (landlord's taxes) + the cost of finding and furnishing a new house every 12 to 18 months + damage deposit. So the total cost of housing becomes higher than what we would have paid if we'd stayed in one place, plus we had no equity.

You can argue this is the cost we paid for mobility and that's okay.

Move forward again to 1981-82. By this time my husband and I both had good jobs, and we should have been on line to buy a home of our own. But the interest rates of the early 80s were nuts, and so this never happened. By 1986 we were divorced after 13 years together and no house or equity.

Move forward to now. The shorter length of time people stay in one place or one job, plus the precarious status of rental housing in many communities, means that even more people will be renting, or selling and buying in new communities. It's like a Brownian version of the game of musical houses I had described. The net effect to the homeowner or renter is higher costs of housing with no equivalent benefit.

Who gets the extra? Landlords, real estate people, banks, land titles branch, U-Haul and Home Depot are some of the beneficiaries, I think.

I still don't see how only the market would benefit. Aren't all buyers, sellers, agents and others part of the market? Are people who aren't parties to the transactions benefiting somehow?