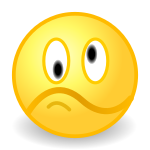 I have written in the past about the danger that America faces in terms of Capital Flight. Yet now I see that emerging markets are going crazy and people are cashing out and... putting their faith in the US Dollar.

I still believe that capital flight is a danger - especially with a consensus emerging that the Federal Government should run deficits for a while to stimulate growth. As I have mentioned before, US government debt is one of the more alarming areas of the current crisis because it has yet to really bite.

But bite it will - that much I am certain of. What I am not certain of is its timing. It may be that (barring any miraculous fiscal turnarounds) the world may lose its love of the US dollar a few more years into the future.

By the way, I'm not trying to reinterpret my own predictions of doom and gloom in the face of mounting evidence against them. I'm happy to admit that the emerging markets crisis hitting now was something I did not foresee and which has added yet another missing piece of the final equation. Yes, I was thinking that the US Dollar might collapse within the next 6 months and I now severely doubt that prediction.

But I'm not through with predicting a US Dollar crash yet - not by a long way. The fact is that all the signs are there that the US Dollar doesn't deserve its current value. These include an economy in recession, low interest rates and mounting government debt.

So while I'm happy to say that I'm wrong about the timing, I'm happy to keep with the broad reality that a dollar crash must occur.

It's just that I didn't factor in some dominoes that are falling now. Moreover, the chances are that there are plenty of hidden dominoes out there waiting to fall.
Posted by One Salient Oversight at 06:29