With Sovereign Bankruptcy must come a change in Sovereignty 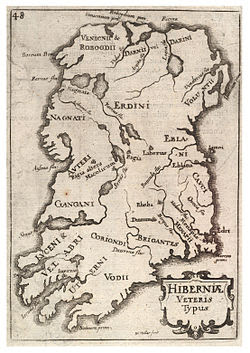 It appears as though Ireland will accept a bailout from the IMF. Without this, and without help from its European partners, the Irish government is likely to default on its debts. While Ireland's sovereign debt level is not as bad as some, a budget deficit of 38.5% of GDP has passed the point of ridiculousness. Even though the economy is improving, it has not improved enough to make an impact on the nation's finances.

Ireland, like Iceland and Greece, has been the creator of its own problems. In normal times, political and economic stupidity and profligacy can be forgiven and eventually papered over. Not this time. The Global Financial Crisis has led to social and economic misery around the globe. Like a cyclone or hurricane it caused major damages to whichever country it hits, but especially upon those who were unprepared and whose financial and economic systems were already dangerously unbalanced.

Ireland's biggest advantage is that it is part of the European Union and that it is part of the Eurozone. This means that it was not tempted to destroy its people's wealth through a currency devaluation - the error that Iceland has made and one which the United States is likely to make. Whatever can be said about architects of Ireland's demise, at least those who saved responsibly have retained their savings and their purchasing power. This will help in Ireland's recovery.

But just as bankruptcy leads to the closure of a business, so should a sovereign default result in a change of sovereignty. This is not to say that Ireland should cease to exist as a political entity - far from it. What needs to change is the nation's constitution and its political system. And this is not code for a new election and some constitutional amendments - rather it is the creation of a completely new nation with a new constitution and a newer way of doing things.

The modern Republic of Ireland came into being during the 20th century. Independence from the United Kingdom resulted from a bloody but thankfully short-lived war. The nation was proclaimed a republic in 1949, completely seceding from the commonwealth of nations and setting up an Irish presidency to replace the British crown as the nation's executive.

Of course none of these political achievements of sovereignty need to be repealed. Nor should the efforts of individuals in gaining such sovereignty be ignored or forgotten. Yet the Republic of Ireland has had its day. A new nation needs to be created from the ashes of the old.

France is in its Fifth Republic. The current political entity of France came into being in 1958. Of course France existed long before 1958, even longer than the four republics and other institutions that governed since 1789. Yet despite the idea that France is an "older" country than Ireland, the current iteration of France is actually nine years younger. Countries have dissolved themselves in the past and reformed themselves into newer entities.

What is needed is an Irish Second Republic.

Some time in the near future (1-2 years), the people of Ireland need to vote in a new constitution. Specifics of the electoral system will be voted on. Moreover, the political parties currently involved in the government will be dissolved - their assets stripped and sold off and the money given to the treasury of the new government. No politician who served in the first republic will be eligible to serve in the second republic. The new political parties will have to go back to the drawing board in garnering popular support. Once the constitution has been approved by the people, the second Republic will be "born" and a new country will result.

Naturally you might ask the question why? Why should sovereign bankruptcy lead to a change in sovereignty?

Part of my reasoning on this is that nations, like individuals, need to suffer the consequences of their actions. Since Ireland as a nation is responsible for its current plight, then Ireland as a nation should cease to exist and be replaced by a new entity. Just as a bankrupt business needs to close permanently, so should a country shut itself down permanently. Yet a nation is not like a business in that it consists of people, and people exist no matter what happens to a business - so the only reasonable solution is that when the nation is "shut down" it undergoes a new birth into a new national identity. So should the current Irish republic shut down and a new one replace it.

Moreover there is the idea that Ireland's plight is not just due to the stupid decisions made by those in power, but by the political system that brought such people into power into the first place. As a result, the political system itself needs to change. From a business perspective, it isn't just sacking the board and electing a new one that will solve the problem - it is the entire system of how the board was voted in, and how the business runs itself, that needs to be changed.

Some may find my business/nation analogies here to be simplistic or offensive. They're not meant to be. Yet just as a company board acts on behalf of shareholders, so too do elected officials act on behalf of the people who make up the nation. Since Ireland's current political system led the nation into bankruptcy, it only stands to reason that a new political system be set up. Wipe the slate clean. Start again as a new country.

Of course, one alternative solution would be for the Irish to simply take the money and keeps things running the same way. Not only does this not punish those who failed, but it leaves in place a clearly defective political system that may just fail again in the future.

Another solution might be to subsume Ireland into the territory of another nation. A nearby friendly nation could, in theory, offer to pay off all of Ireland's debts if Ireland become part of their... kingdom. Naturally such a suggestion is ridiculous.
Posted by One Salient Oversight at 19:44