When banks refuse to lend, the government should create banks that do 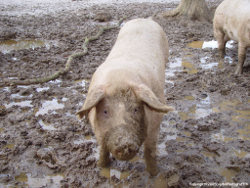 One of the more distasteful occurrences over the past few years has been the sight of banks and financial institutions wallowing in the mess they created. Yet this has not been as distasteful as the sight of these same banks and financial institutions being propped up by the US Federal Government, either in the form of bailouts or in increasingly radical monetary policy.

On the one hand I heartily approve of the "creative destruction" that oftentimes besets capitalism, namely that companies and corporations should suffer the consequence of their actions. To watch a stupid company wallow in the mess that it has created is a sober reminder of the perils of too much risky behaviour, especially if such behaviour is endemic. Schadenfreude aside, one of the major advantages of this "creative destruction" occurs when new entrepreneurs with different ideas begin to take control. Recessions and economic downturns are excellent ways of restructuring and improving the system that failed.

But on the other hand, banks and financial institutions are not just like any other company or corporation. Lending money for the purposes of profit is one of the most important practices of a market economy. The collapse of financial institutions can be far more damaging to an economy because, without them, it becomes harder for investors to invest, and harder for borrowers to borrow. This is called a Credit Crisis, and it is what caused both the Great Depression of the 1930s and the Global Financical Crisis that we are experiencing today.

Many economists have pointed out since 2008 that the United States economy is not in a liquidity crisis, but a solvency crisis. This doesn't just mean that it is harder and harder to borrow and lend (as per a liquidity crisis), but that the very financial institutions themselves have become insolvent and close to bankruptcy. This means that money "pumped into" the economy through monetary policy is unlikely to have much effect, since it takes time for bad debts to disappear from the books of these financial institutions (a process that could take years). This in turn leads to "Zombie Banks", whereby the net worth of these institutions is less than zero.

Yet I think that there is an alternative to the current situation. If banks and other financial institutions have encountered a solvency crisis and have been "zombified", then perhaps it would be better to simply put them out of their misery, while simultaneously creating "new life" - creating new banks and financial institutions that do not have the same limitations of the undead ones.

The process would be rather simple. A bank is brought into existence by way of congressional legislation and capitalised with quite a few billion dollars of tax payer's money. A board of directors is set up, also by congressional fiat. This board should consist not of industry insiders but experienced businessmen and women who are not just cognizant of the circumstances that led to the recent financial collapse but also willing to avoid the mistakes that were made by the industry leading up to it. The bank will thus become a profit making government enterprise, governed by the congressionally appointed board, and will begin setting up offices throughout the United States to begin operations. As time goes by - say a few years - the bank will be privatized and an IPO will be made on the share market. The money raised in the sale will then be deducted against the tax-payer's money invested in the first place, with the debt remaining becoming a corporate bond owed to the government that will eventually be repaid over time. Moreover, laws would exist to prevent the bank from being merged or acquired by single entities wich would keep the bank owned by a plurality of shareholders for at least the first 10 years of its privatised life (or however many years congress decides upon).

If all goes well, the new bank will generate enough income and profit from its activities to not just pay back money owed to taxpayers, but paid back with interest. This would not just be revenue neutral but revenue positive, allowing a net reduction of government debt over the lifetime of the operation (from creation and capitalisation to IPO and then debt retirement).

And what happens to the Zombie banks while this new bank is created? Hopefully as the new bank grows and develops, so will the zombie banks shrink and eventually disappear.

It needs to be pointed out that the best solution would not be the creation of a single bank, but of multiple ones. Instead of one bank being created and capitalised with tax payer's money, a whole number of banks can be created. This whole process of bank creation could also span many years, with multiple banks being created annually. The process would only stop once congress decides that enough is enough and that the market no longer needs any direct government support.

The advantage that these new banks will have is that they will be solvent, which means that they will be able to respond more effectively to conventional or unconventional monetary policy without being burdened by debts. These banks will also be governed and run by wiser individuals than those who created the crisis, leading to a change of thinking within the credit market hierarchy - a process that is less likely to occur if zombie banks with their flawed management keep being propped up. It also allows "creative destruction" by allowing failing banks to (eventually) go under without compromising the credit market as a whole.

Of course Minarchists would point out that the creation of such financial entities would result in the government intruding into an important part of the marketplace and should not be undertaken, considering, you know, that the government will abuse its position and yada yada yada Nazi tyranny founding fathers blah blah blah. But for those who take stock of what the Founding Fathers of the United States said and did should not be too concerned since congress often created public companies by legislation. In fact the First Bank of the United States was created by the 1st congress which, despite functioning as a proto-central bank, was also partially privatized for the purposes of open market, profit making operations. In short, the government creating a bank by legislation to function in the open market is not just something the Founding Fathers would approve of, but is something they actually did.

Moreover, the creation of new, solvent banks is a better alternative than trying to resuscitate the zombies through increased inflationary policy. Increasing inflation deliberately (which appears to be Krugman's solution) would naturally reduce the debt burden of the zombies and may even result in a more solvent environment. Nevertheless, this would be at the cost of debasing the currency, which may create a pre-2008 environment of negative real interest rates and another bubble economy developing. Additionally, this would ensure that the same financial hierarchy who created the crisis in the first place would retain their power without suffering the consequences of their actions.

The current crop of banks and financial institutions killed the credit industry and helped create the current economic crisis - it stands to reason that they deserve to die and suffer the consequences of their actions. Instead, we have chosen to keep them on life support, feeding them money via bailouts and loose monetary policy in the hope that they will live again, and in the hope that they won't make the same mistakes again. We should abandon this strategy. Instead, we should create new banks capitalised with tax payers money - new banks who will eventually take over the market and allow the zombie banks to die off peacefully.
Posted by One Salient Oversight at 06:00