Thoughts on the US mid term elections 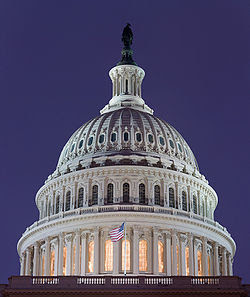 As a progressive I was naturally hoping for the Republicans not to gain any power. This doesn't mean I support the Democrats of course, and have criticised Obama more than I have praised him, but this election result is certainly one that the Democrats can certainly be blamed for.

Much has been read and said by others (and myself) about the radicalism besetting the Republican Party. The GOP and the Tea party created an atmosphere of such fear and anger that it was inevitable that mainstream opinions would be changed. Even from day one after Obama's election, conservatives were screaming socialism, communism and Nazism; gun and ammunition sales increased markedly. Then the Tea Party formed. After a while the recession began to be understood as being Obama's fault, even though reasonable and informed people knew otherwise. The GOP has thus swept to power in the House of Representatives by voters who believed the propaganda and the lies of the well funded campaign.

The Republican victory in the house is comparable to that of the 1994 Republican revolution. In 1994 the GOP took control of both the House of Representatives and the Senate from the Democrats. In that year, the Republicans gained 54 seats in the House and 8 in the Senate, wresting control of both. This time around, a similar amount of seats has been gained by the GOP, with 6 Senate seats being won as well. The Democrats will still control the Senate, though.

Nevertheless, there is a difference between the 1994 and the 2010 victory. The 1994 victory was based partly upon a reaction against entrenched Democrat corruption. The Democrats had held the lower house for 56 of the preceding 62 years, and so new, fresh faces were required to keep pushing conservative views forward. American conservatism had, by 1994, been finally subsumed into the Republican party, having spent the previous few decades living mainly amongst the Democrats (the South, once a Democrat/Conservative stronghold, is now a Republican/Conservative stronghold). Of course the "class of 94", led by Newt Gingrich (whom I regard as America's finest conservative politician) was able to use its position firstly to lead a "government shutdown" in a showdown against Bill Clinton, and then, via an investigative process into Clinton's (then) alleged sexual proclivity, was able to humiliate the president into admitting a sexual relationship and then force impeachment based upon the fact that he lied about the relationship under oath.

This time around, though, it is very different. The Democrat controlled Senate will prevent any spurious impeachment of Obama at least until 2012. Moreover, the current victors do not bring a "fresh" congress but one bereft of new ideas. Gingrich and the 1994 congress acted in concert with Clinton to reduce spending and debt and institute new conservative ideas. In 2010 there are very few new conservative ideas beyond cutting taxes. Repealing Obamacare will be impossible without either Senate or Presidential approval.

Part of me relishes the opportunity that the GOP has to now implement its failed policies all over again. Why not cut taxes for the rich again? Why not increase the size of the budget deficit? Why not force another government shutdown in order to create a situation in which government cannot spend? Why not aim to impeach Obama? And while we're at it, why not go Tea Party and shut down Medicare and Social Security while we're at it? Of course these policies will result in massive economic and social degeneration, proving beyond any reasonable doubt that such radically conservative ideas should be permanently dispensed with.

But another part of me knows that such activities will result in much suffering and wants America to avoid it. I like America and want it to be strong and trustworthy. I don't want Americans to be frightened because, as a non American, I can see what happens when Americans fear too much.

But back to these mid term elections. The Democrats were unable to "control the narrative". The Tea Party and its crazies were the focus of everything going on. Beck's rally in Washington may have been a cynical exercise but it worked. Progressives were essentially reduced to being reactionary. Even the "Rally for sanity and/or fear" by Colbert and Stewart was a reaction to Beck. There was nothing huge and exciting that progressives and Democrats were doing to "control the narrative". It was all Tea Parties, Sarah Palin, Christine O'Donnell and Rand Paul. I may be sounding too much like a pundit here, but it seemed that progressive proactivity died out almost as soon as Obama was elected, to be replaced by Conservative Proactivity. Since the Tea Party formed, progressives and Democrats were reduced to being reactive.

Of course one of the big problems here is simply the nature of US politics, which is based on an electoral system that encourages radicalism and hatred rather than consensus and judiciousness. The US electoral system is still based on 18th century ideas and policies and is in need of an overhaul. A preferential voting system would not require any changes to the constitution and it is essential for US politicians on both sides to support such a measure if the US is to have a better functioning congress.
Posted by One Salient Oversight at 14:43