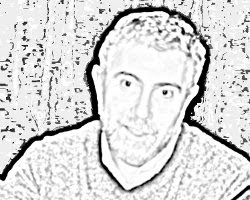 Paul Krugman is good man. He's brilliant too, and deserves that Nobel Prize he got. Moreover he and I both warned of the coming economic crash. So I respect him.

But since 2008 our paths have diverged. Krugman and Joseph Stiglitz, brilliant though they are, are arguing that a dose of inflation is needed to recover the economy. In the other corner lies OSO, Kenneth Rogoff and those who run the European Central Bank, who argue that price stability must be maintained whatever the circumstances, and that efforts must be made to reduce sovereign debt levels.

One of Krugman's arguments of late is that increasing the money base won't help the economy to recover and points to the experience of Japan, who increased their monetary base back in the 90s without seeing an commensurate increase in inflation (at least not enough to reduce deflation). Money printing will not work during a solvency crisis he argues.

Maybe I'm a little too monetarist to agree with Krugman here. My response to the idea that money printing won't lead to inflation is to naturally point at Mugabe's Zimbabwe and Weimar Germany. Certainly these two examples are extreme but they do provide an extreme example of what can happen if governments resort to seigniorage to fund government spending. You can be assured that if the US government organised a similar scheme with the Fed the result will almost certainly be the same. Moreover, had Japan in the 1990s followed the same policy (Mugabe Zimbabwe/Weimar Germany money printing) the result would've been the same.

So how do I explain the facts around early 90s Japan that Krugman uses as evidence? It's simple: Japan didn't increase the monetary base enough. Erring on the side of caution and concerned that they didn't want hyperinflate, Japan's increase of the monetary base was simply too small to make any impact on M2. Since a central bank can theoretically create an infinite amount of money, nothing really prevented Japan from increasing the monetary base beyond what is shown on Krugman's graph.

This is important to realise because I believe that a new system of monetary policy needs to be created, using some of the more radical monetarist ideas of years past. Moreover, unlike Krugman and Stiglitz, I would argue that the inflation target should not be "high" (Krugman argues for 4% inflation) but should be even tighter than what was practised over the past 30 years. Absolute price stability (whereby there is neither inflation nor deflation over the long term) should be the new goal, and it is something that I have been presenting as a solution for some years now. Certainly at the outset of the financial crisis I asked the question of whether the current system needed to be changed. It seems that the thinking of progressive economists has been "yes", but in the opposite direction to what I would argue.

I had assumed that the question of whether inflation was good or bad was solved once and for all by Paul Volcker, who ended the stagflation of the 70s by raising US interest rates and killing off inflation - a process which put the US into a deep recession but which resulted in a low inflation recovery. Moreover I also remember the post-war commitment to Ordoliberalism in West Germany, which created the Wirtschaftswunder - and the importance of low inflation in creating an effective post-war nation.

Of course money isn't the real issue. The real issue is the production of goods and services and, according to Robert Solow, the ability to make them more efficiently over time (the cheaper production of goods and services over the long term leads to real economic growth). Money is important - it is essential - but how an economy produces & consumes and invests & borrows depends upon whether price signals are accurate or not. Of course no economy is perfect and people with money will not make rational decisions - but when money retains value over the long term, people are less likely to use their money for irrational purchases or investments.

As I have pointed out years ago, there are three things to remember about money:
The problem arises when the effects of 2) interfere with the need for 3). If the value of money changes - either through the process of inflation or of deflation - then it no longer functions effectively as a way to measure relative worth.

As an example of this problem I remember reading the biography of Allan Border in which he purchased a car in the early 1970s for around $300, and then sold it in 1978 for the same amount. Of course in the intervening years the level of inflation was quite high, which meant that while he may have felt he had done well in not losing any money in selling it, the reality was that the depreciation of the value of his car matched the depreciation of the value of the currency he used to buy it in the first place.

Of course these arguments seem to be axiomatic - logical presentations without the influence of hard data - and I admit that this is a failing except in two areas: The effect of low inflation in post-war Germany to help create the Wirtschaftswunder; and the need for Paul Volcker to destroy inflation in the early 1980s to bring about a more sustainable economy.

Aiming for higher inflation, as Paul Krugman argues, is exactly the wrong thing to do. It may result in some level of growth but over the long term it will erode America's economy even further. Price stability must be maintained no matter how good or bad an economy is running. It is non negotiable. Economic problems can't be fixed by abandoning price stability, even though many economic problems may remain while price stability is maintained. Other solutions must be found, which puts the onus squarely upon governments to adjust their spending and tax rates (either by expanding or contracting their spending, depending upon how much in debt they are). In many cases it may simply be a matter of waiting until the market sorts itself out.

Other articles of a similar tone: