Busting the Myth of European Debt 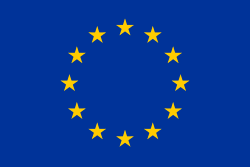 Everyone's concerned about European debt levels. People have also pointed out that the US is in a better position than Europe. The data do not bear that out:

In short, yes be worried about Greece, Ireland, Spain and others. But both the Eurozone (EU16) and the European Union as a whole (EU27) is in a more fiscally sound position than the United States. This should be a major determining factor behind risk analyses of European government bonds in comparison to US Treasury bonds.

Data information:
Posted by One Salient Oversight at 22:38

the most perceived problem with the EU government debt is not the height, but more the expectation if this can be paid off. especially the Mediterranean countries are coping with a stable or decling population, compared to a constant expansion of the population in the US.
i.e.: the Greek debt will never be paid off, and the US-debt will most likely be outgrown by the GDP.

the US-debt will most likely be outgrown by the GDP

Pre 1980 your view would be right. Since 1980, however, GDP in the US has slowed considerably. Moreover, debt levels in the US have grown in relation to GDP.

Of course the US could just begin growing at a faster rate again... but then so could Greece.

And population is hardly a good measure for determining growth. US birthrates are almost below replacement level.