There's only one thing better than learning something you never knew before and this is discovering it yourself.

I've been busy with spreadsheets recently, entering in all sorts of inflation and interest rate data for the United States since about 1954 or so. Then I start creating various equations and some interesting patterns arise. In this case, it is the spread between the 10 year Bond Rate and the Federal Funds Rate: 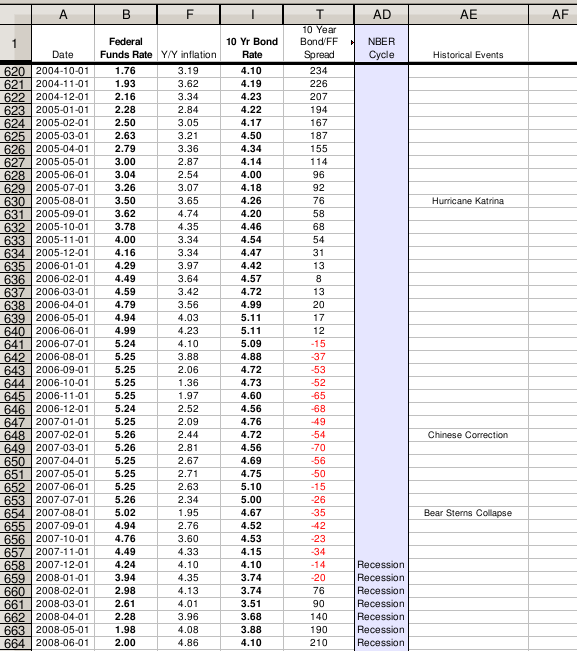 Of course what I have discovered is that whenever 10 Year Bond Rates (10YBR) exceed the Federal Funds Rate (FFR), it is an indicator of a possible recession. As you can see above, the spread between the 10YBR and the FFR went negative in July 2006 and continued that way until February 2008. That was the period leading up to the Great Recession we are now in. In fact I have factored in the NBER cycle into the spreadsheet. This is not an isolated experience. Here is the early 2000s recession: 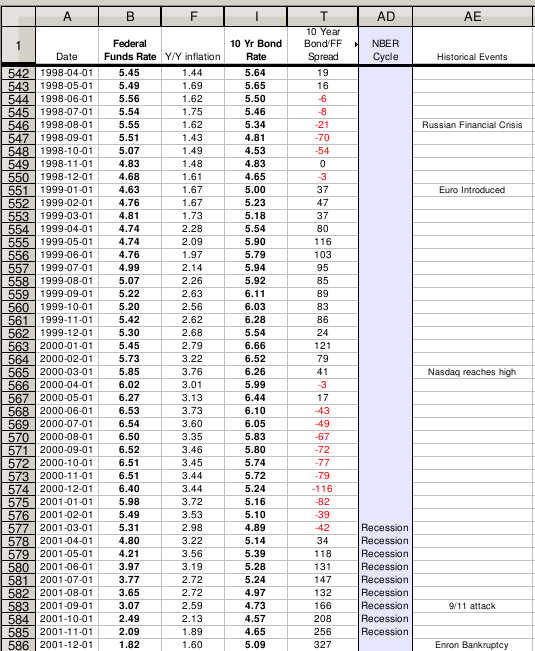 What is interesting is that you can see conditions worsening in 1998 as a result of the Asian Financial Crisis (not mentioned) and the Russian Financial Crisis. This means that whenever things go into "the red" (10YBR exceeding FFR), there is a danger of recession but not always an inevitable decline into one. Here's the early 90s recession: 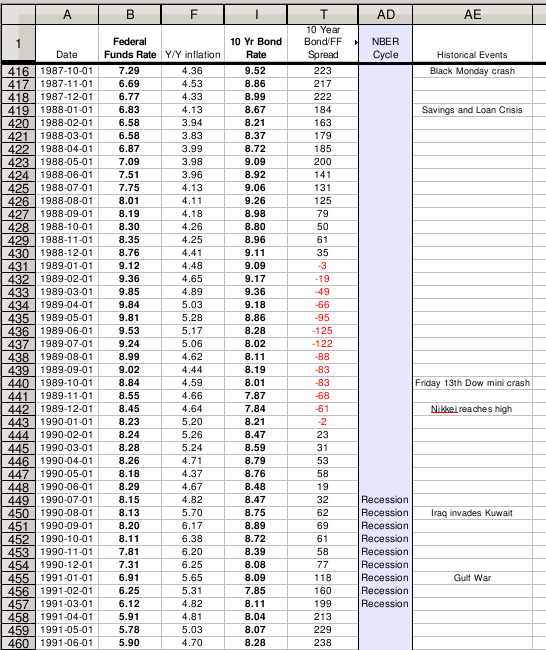 That shows a period of red which ends about 6 months before a recession begins. Again, though, we have a period of 10YBR exceeding FFR preceding a recession. Here's the early 80s recession: 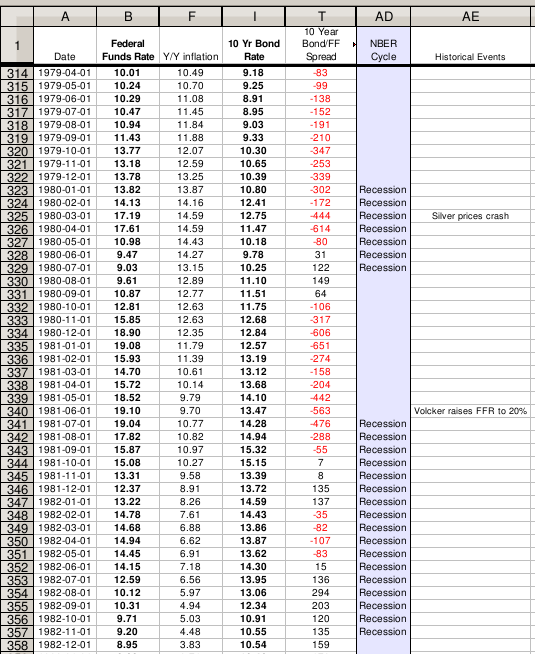 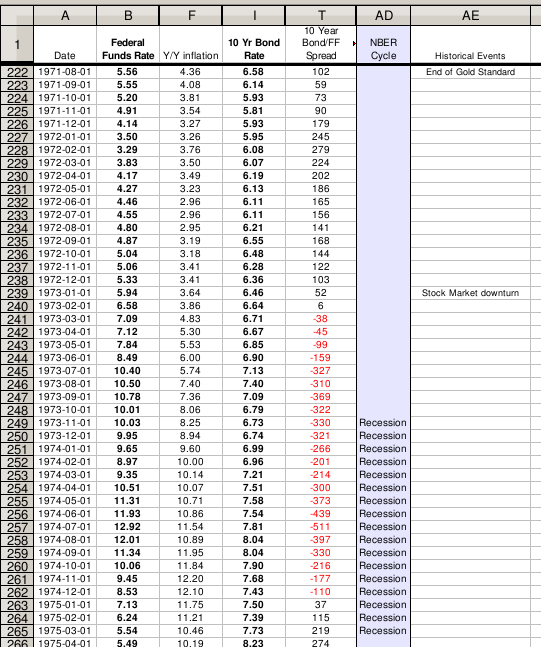 By way of contrast, here's a period of steady growth: 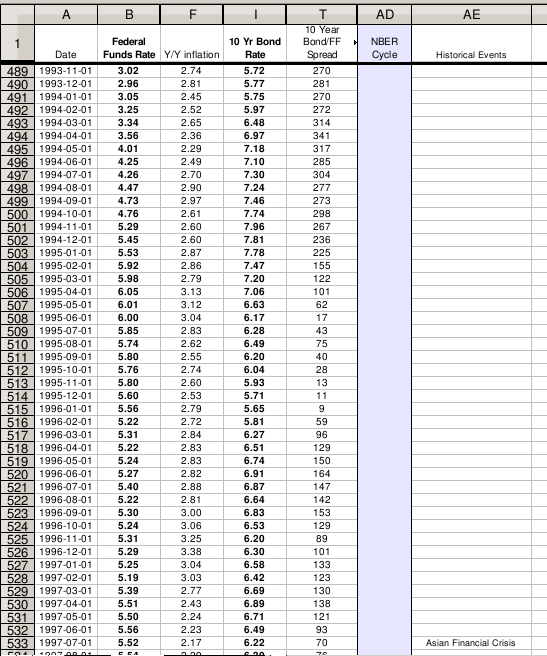 And this is where we are now: 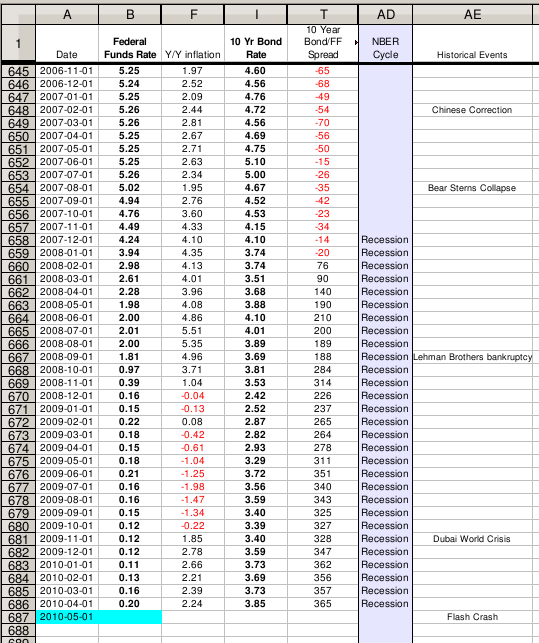 Interesting stuff. More later.
Posted by One Salient Oversight at 15:01