Eurozone thoughts in no particular order 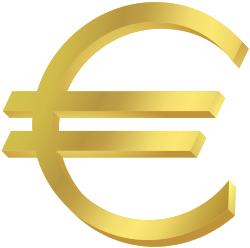 Perhaps what the Eurozone needs is a tax imposed upon all member nations as a way to solve the various fiscal crises going on there. By taxing businesses and individuals in Euro nations and then using the revenue to retire government debt, the Eurozone can work together to fix their fiscal problems.

Of course such a tax would be unpopular but the alternative would be to allow member nations to continue their public indebtedness.

One of the agreements that member nations signed way back in 1992 (an agreement that has since been replaced by the Lisbon Treaty) was to limit budget deficits. This was implemented as an essential macroeconomic policy to ensure the smooth running of the Eurozone. Unfortunately this part of the treaty was neither honoured by members nor allowed to punish wrongdoers. The current fiscal crisis in the EU is a result of the inability of member nations to honour the treaty.

To reiterate my position on the EU: I see the Eurozone as an important step towards a more internationalist culture in our world - a culture that should act to benefit all who join. A single currency zone is better than a mixture of different currencies since it allows a broader and stronger trade relationship between member nations. Unlike many on the English speaking political left and the English speaking political right, I am very supportive of the single currency. Yet membership of the currency is not a "one way street". A member nation both enjoys the benefits and adheres to the responsibilities that such a union brings. Nations who have joined the European Union have done so because they have concluded that the benefits outweigh any loss of national sovereignty.

In days gone by, the problems of Greece and other PIIGS nations would have been borne solely by those nations. Since the Eurozone was introduced, any problems encountered by one nation end up being transferred to all of them. Without the Euro, markets would have dumped the Greek Drachma, forcing the country into a currency crisis not unlike that which has engulfed Iceland. Instead, the markets dumped Greek Euro bonds and bought German and French Euro bonds. While this did force bond rates in Greece through the roof, the punishment was mainly inflicted upon the government and anyone who had invested in Greek government bonds. But what of those Greek citizens who did not borrow and spend but who saved and were responsible? For these people the market shocks did not directly affect them - their savings are safe. But in a world where the Euro was not adopted and the Greek Drachma was still the currency, these people would've lost a huge amount of real wealth as the currency depreciated.

But Greece's problems did affect the Eurozone as a whole - the market began dumping the Euro. Yet this drop in the value of the Euro was manageable and not unexpected. All nations in the Eurozone thus experienced a drop in real wealth as a result of Greece's problems. So while membership of the Eurozone certainly helped Greece when Greece was suffering, it also resulted in the suffering being transferred to the whole. Greece has thus become one of the first nations to benefit from the single currency zone's advantages and it won't be the last. But while Greece has enjoyed this benefit, they must also be responsible in adhering to the treaty that binds these nations together and fix their public finances.

My analysis of real interest rates has led me to the conclusion that the Eurozone is due for some good economic growth over the next six months. Real interest rates have dropped considerably in Germany, France, Switzerland and other nations. Greece is a notable exception to this as the effects of the market dumping Greek government bonds has resulted in higher bond rates in Greece. So while Greece is due for a recession and the deflationary effects that result from it, the rest of the Eurozone is due for growth - and it will be growth in the rest of the Eurozone that will end up helping Greece back into growth as well. The same is true for Ireland, which has suffered a major economic downturn since the beginning of this financial crisis and debilitating deflation along with it. Like Greece, Ireland will recover.

At present many commentators are questioning the very existence of the Eurozone. Since very few commentators in support of the Eurozone live in English speaking nations, there is little in the way of rebuttal that ends up getting published. Moreover, much of the modern criticism of the Eurozone seems to focus mainly on the differences in culture and language that prevent a true currency zone from being effective - the idea being that Spanish unemployed are less likely to move to Germany for work because of language and culture differences, while the comparable situation of people living in California moving to Texas for work is different since the cultures are more similar and the language the same. While the European Union does suffer from language and cultural barriers, these are being slowly removed the longer member nations remain in the zone. Moreover, many Europeans are bilingual and if information from this list is compared to this list, we find that somewhere around 136.5 million people in the Eurozone speak English, more than 40% of the total. Whatever barriers exist within Europe to hinder free trade and free movement of labour are not insurmountable and certainly do not offer any real evidence that the Eurozone was a bad experiment.

All we have learned so far is that governments who borrow too much tend to create problems later on. That has nothing to do with the Euro.

Posted by One Salient Oversight at 17:22