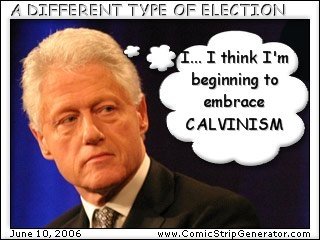 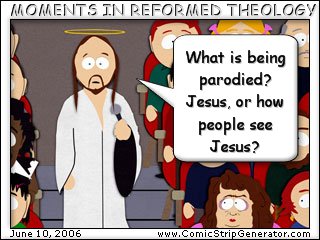 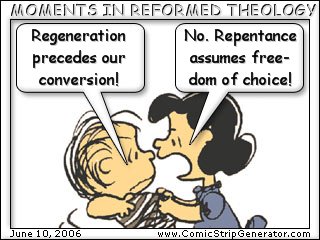 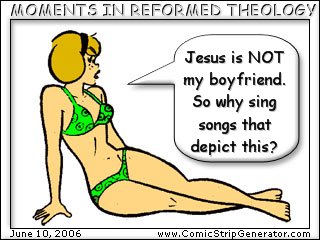 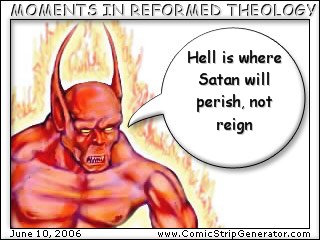 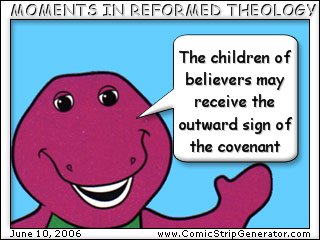 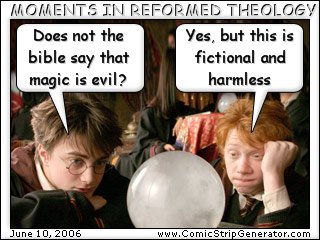 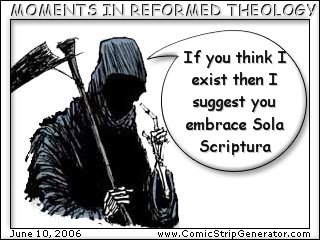 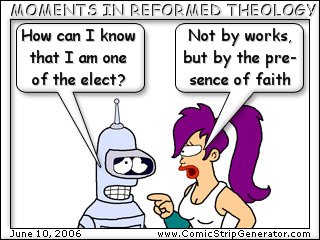 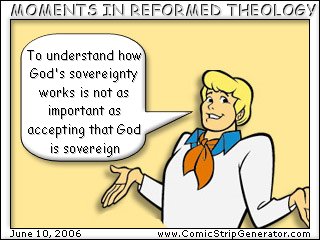 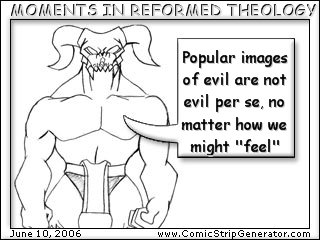 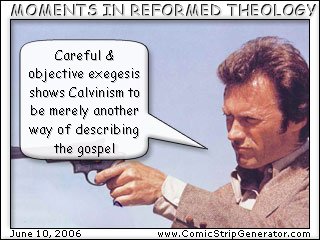 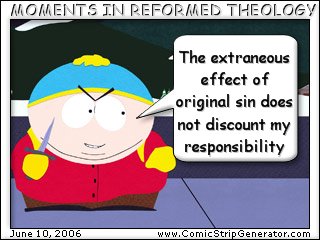 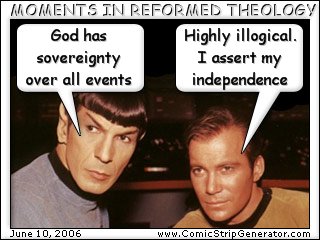 Many thanks to Craig for letting us know about this online resource.

Posted by One Salient Oversight at 14:36

I'm not very familiar with reformed theology. I can't really tell which of your cartoons are sarcastic (Callahan?) and which are real criticisms (Fred?).

Oh, and why is it Kirk that is declaring something "illogical?" :)

I'm a supporter of Reformed Theology so therefore my cartoons here are biased in that way. Linus is depicted here as a Calvinist (Reformed theology) trying to maintain his composure against the emotional forces of Arminianism (the opposing doctrine to Reformed Theology).

In that sense then, the Kirk/Spock relationship also reflects this. Spock is coolly logical while Kirk is impulsive. Spock is the typical Calvinist while Kirk is the typical Arminian. Spock, using his intellect, has discovered that Reformed theology is true and declares that God has determined in advance the events of the universe. Kirk, on the other hand, refuses to believe this and "asserts his independence".

The choice to have Kirk say "highly illogical" is deliberate. From a Calvinist pov, Arminians have failed to accept the bible's teaching on God's sovereignty and expressed such opposition by claiming that it is not logical. Thus the irony is that those who claim it is not logical are those who have not attempted to examine in detail the bible's teaching on this subject. In the cartoon, Kirk is the one who says "highly illogical" because it jars with the reader's understanding of the Star Trek universe and the fact that Spock says that something is usually illogical. If Spock says it then usually something illogical is occurring, but if Kirk is saying it then it basically means that he just doesn't like hearing what he's hearing. The "highly illogical" comment by Kirk is thus a reverse of the reader's expectations and is pushing the pov that Arminians have not attempted to engage with the bible's teaching on God's sovereignty.