Theteak - a weapon of disinformation? 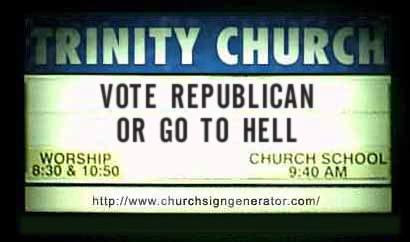 I love my mate Matt. I'd love to chat with him and find what he's doing in his life - what his job is and so on - but he won't answer me.

But now Matt's being a neo-con stooge. I have no idea why. But this last posting essentially accused the ABC's Lateline of "avoiding the truth about Iraq".

As Jesus Quintana says in The Big Lebowski, "Laughable man!"

1. If you're going to go out and criticise someone or something, give a link to the article involved. It took 10 minutes of my precious time to locate the article that was being referring to.
2. If you're going to accuse the ABC of trying to dodge the issue, then it might be a good idea to look at the interview in context. From your exerpt, it looked as though Tony Jones was trying to stop Neo-con Frank Gaffney from coming out with the truth about WMDs in Iraq. Yet when you look at the entire interview, Frank had ample time to get mad and tell it like it is and accuse Tony of covering things up. Instead the interview continued for ages about other things that Gaffney was quite happy to answer. What does this mean? Simple. Tony was trying to move things on in order to prevent Gaffney from embarrassing himself too much by reciting some looney conspiracy theory he made up after watching the X-Files.

This is not a matter of being anti-American or Pro-American - it is a matter of facts. When I get proved wrong, I change my mind. What about you Matt?

Posted by One Salient Oversight at 17:39

Sorry Neil, you're right. And I'm sorry I don't know how to link articles and I'm sorry that I haven't told you what I'm doing with my life.

BTW, the deleted one didn't contain any swearing or anything. Nor was it offensive, it just wasn't whimpy enough.
Where did you get the idea to use those Church signs? They're a great idea.

I did actually get the deleted post - all postings get sent by email so I know what you said. Since you removed it I'll fergeddaboutit.

I've seen the church sign generator many times over the past 6 months. But if you're guessing I finally got the idea to actually make one up because I saw it on your site you're right.

Just letting you know that I don't have problems with anyone who takes an opposing viewpoint on something, just so long as that viewpoint is defended properly and objectively. When, however, that viewpoint becomes ridicuously defended and uses bad research I usually bite, hard.

An example of this is global warming. For whatever reason Christians in the US are so fearful of secular humanists that when scientists come up with evidence that pretty much proves that humans are involved, Christians automatically take the opposing viewpoint. Sounds okay except that the arguments that Christians use are so bad and based on so much misinformation that it is embarrassing.

I publically chewed out Challies and Steve Camp for this and I have removed them from my bookmarks as a result. Even though both have some good theological articles they have basically been taken in by right wing conspirators on this. It will come back to bite them in later years.

And of course I feel the same about the invasion of Iraq. Evangelicals in the US should be ashamed of themselves for their herd behaviour on this issue. The worst example of which was the Land Letter

No worries, I guess all I was saying was that Tony Jones seemed to want to move on pretty quickly from talking about the chemical agents. I don't know why he wanted to move on, but it seemed very interesting...
I'm too busy for this, I prefer writing articles that are about getting bouts of wind in elevators anyway.

I've only read the excerpt that is on Tim Blair's site, but I thought Jones was smacked down pretty effectively.

Fact: More people are dying per day than the average under Saddam.

Is this really true?
Remember the sources I showed you where there were an estimated 1 million extra stillborn babies and 500 thousand children who died under the failed health care systems left in tatters by our sanctions?

Let alone actually counting the various massacres and police state killings... estimated to be anywhere from 30 to 60 thousand per year....

Just the infant mortality rate and massive increase in childhood mortality due to us leaving Saddam in control after GW1.... it all gets a bit messy.

So I guess, with the babies and children alone amounting to 1.5 million / 12 years of Saddam & Sanctions / 356 days per year = an estimated 3500 people per day due to the failed health infrastructure. How many are dying now — I honestly don't know and have been too busy to study it?

I thought I answered this issue of yours back in January:

My estimate is that the annual rate of death for civilians has been at least as great since the US invasion.