As a result of recent market turmoil the numbers for August will be very interesting indeed. Since a recession will not occur until this spread turns negative, and since one indicator shows that a recession will occur within 18 months, we can assume that this indicator will begin to drop down over the next few months. Inflation has already picked up again and, at 3.6%, is the highest it has been since October 2008. 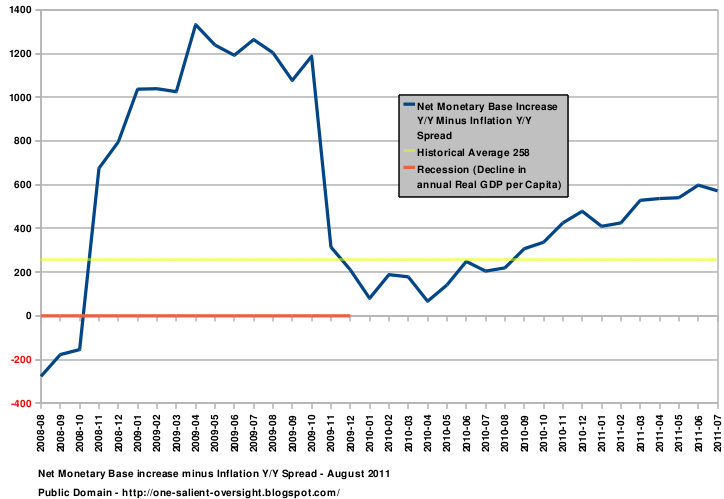 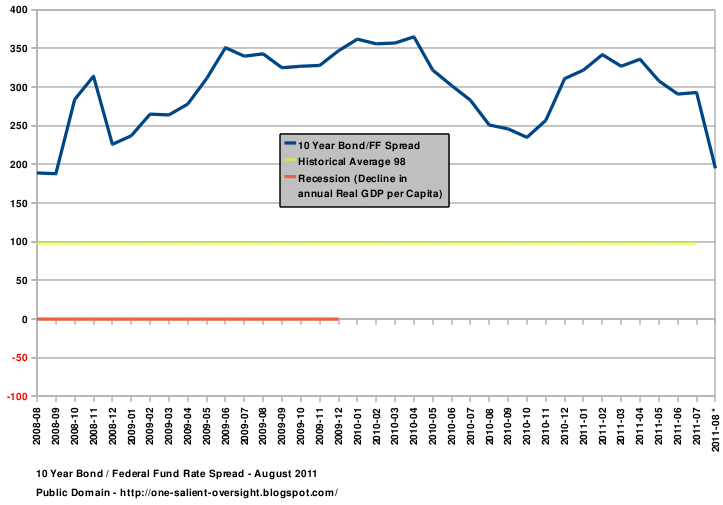 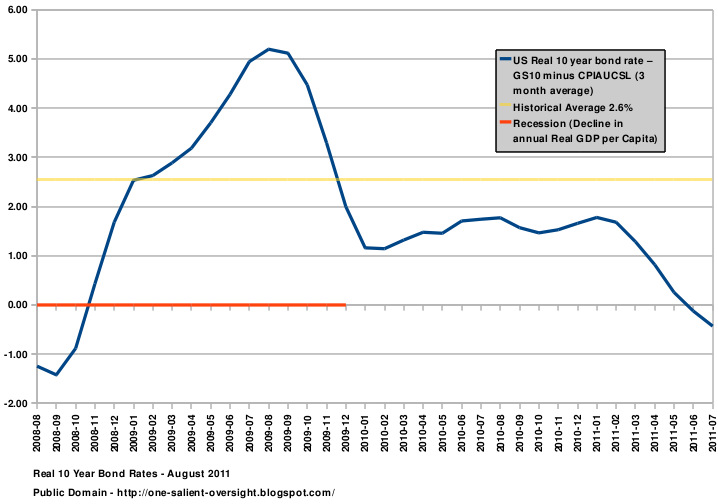 I'm still trying to work out if this is just a coincidence so take this indicator under advisement. Before 2000 such "lines of resistance" didn't seem to apply when looking at recession indicators. Note also that the most recent index number (286.01) is a mid August figure based upon figures from close of trading 2011-08-18. 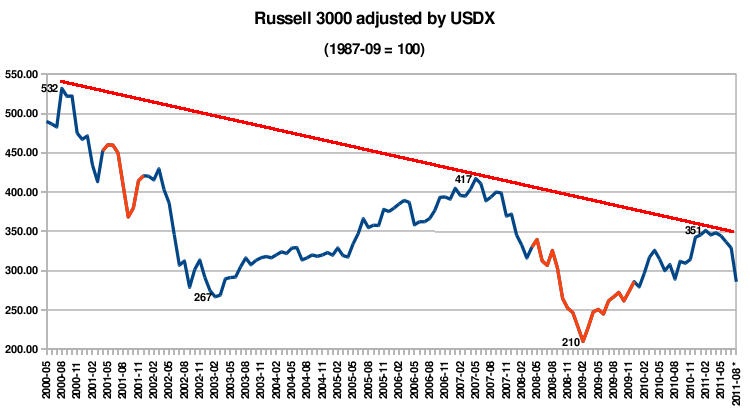