Thoughts on the debt deal 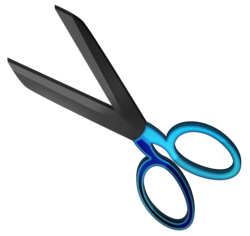 This was definitely a compromise solution, but one in which each side calls the other the "winner".

I read quite a few lefty blogs, which is fine because, if you look at the graph showing my political and economic positions, I am a lefty. Now the lefty blogs are all saying that this is a victory for the Republicans. They're also critical of Obama. I've just watched John Stewart and that's pretty much what he said.

But I also check up on Redstate once in a while to look at how the other side feels and they are definitely unhappy too. "Cut, cap and balance" was their mantra and that was not achieved.

I guess the best place to check this is Wikipedia which, ironically (at least to many), has a more dispassionate and factual summary of what was achieved:

My understanding is that cuts were achieved and this was done without increasing tax revenue. This is therefore a broad conservative political victory. Conservatives, nevertheless, do not see this as a victory because it doesn't go far enough.

The reason for conservative unhappiness has more to do with their extreme ideological position. Since the onset on the Tea Party and their influence on Republican Party politics, the GOP has, amazingly, become even more ideologically conservative. Minarchism is now the default position of conservatives, which means that any form of government spending outside of military spending and law enforcement must be excised. This form of ideology, however, is backed up by a crazy form of patriotism that sees minarchism as the intended model explicitly advocated by the "founding fathers", which means that any different position (whether it be left wing or centrist) is automatically branded a threat worth "watering the tree of liberty for" (ie the blood of tyrants and patriots resulting from an armed struggle). Add to this the peculiarities of the US congressional system and the only real compromise position is the one which was passed.

As far as the effect on the broader economy, my understanding is that most of the cuts will come in after a two year period, which theoretically allows Obama some breathing space to run for a second term in 2012. The debt limit has been increased to allow for borrowing in the meantime and, all things being equal, should not require another increase until after the 2012 elections. "All things being equal" though is not a good phrase in these dark economic days. I have already predicted that the US will enter another downturn in 2012 and if this occurs the debt ceiling may need to be increased before the election, especially if unemployment ends up in the mid-teens, thus reducing government income tax revenue.

As for the Keynesian approach of pump priming the economy via deficits, this piece of legislation is of no help. My own call for a "Total War / New Deal" type economy (whereby large increases in government spending in health, education and alternative energy are accompanied by large tax increases) is even less likely to occur. Since the US economy's many structural flaws have not been addressed since the credit crunch of 2008, I thus have little faith that the free market will be able to generate jobs and economic growth in the short-medium term.
Posted by One Salient Oversight at 10:38

I reckon the GOP lost the PR race. Saw a republican actually saying they were wrong to push it like that. A pastor I follow his blog was just in Mediterrean and said shops would not accept USD