Impeachment - a matter of principle 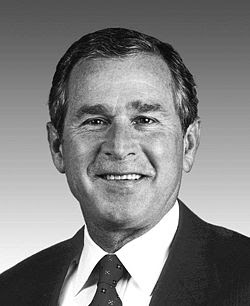 From the department of against the grain:

On Monday evening, Rep. Dennis Kucinich (D-OH) took to the floor of the House of Representatives to read out 35 articles of impeachment against President George W. Bush in an almost five-hour marathon.

Kucinich's action made an immediate splash on the Internet. For example, at progressive website Democratic Underground, the historic performance quickly garnered an astonishing 56 separate threads on the most-recommended list.

By noon on Tuesday, RAW STORY's article on the subject was the top political story of the day at digg.com and the 10th most popular for the last year. A separate article at afterdowningstreet.org was also high in the ratings. Both sites, as well as Kucinich's own webpage, were experiencing slowdowns due to the volume of traffic.

However, the mainstream media were far more reticent in their coverage of Kucinich's resolution -- much as they were following the release last week of the Senate Intelligence Committee's report on the administration's misuse of prewar intelligence. For example, the Washington Post and USA Today had short items in their blog sections, while other major outlets merely ran wire service coverage from AP or Reuters.

If you hadn't heard this news the chances are you're not alone - large media organisations simply failed to report it. But, as you can see, the story spread very quickly over the internet.

Sadly - and I mean that - Kucinich's action will probably fail to mobilise a majority of House Democrats to pass it, thus denying the chance of the impeachment succeeding.

The most annoying arguments against Impeachment that I have heard do not come from Bush-loving Republicans, but Bush-hating Democrats. Markos Moulitsas, the creator of the popular Democratic and Progressive community blog Daily Kos has opposed impeachment for some years now. Moreover, John Aravosis, the leading blogger at the progressive Americablog.com, has said that Kucinich's actions are merely "publicity stunts" and "kooky".

The reason that both Moulitsas and Aravosis give is that such an action is a) unlikely to succeed, b) is not supported by popular opinion and c) that it will hurt the public image of the Democratic party. As Jules says in Pulp Fiction, "allow me to retort".

The fact that the motion is unlikely to succeed is certainly an element that should govern political decisions. Nevertheless, the reasons why Kucinich has proposed impeachment is due to what he and many people see as overwhelming evidence that George W. Bush lied to the American people about the threat posed by Saddam Hussein and Iraq and gained popular support to invade and conquer a sovereign nation... all without formal congressional approval (ie a declaration of war). Moreover there is also overwhelming evidence that Bush and his closest advisers approved the use of torture upon terrorist suspects. These are grave charges and ones that go beyond mere politics. This is not about a president lying under oath to cover up adultery, but about a president whose actions have resulted in the deaths of thousands of Americans and probably more than one million Iraqis, as well as causing untold suffering to millions more Iraqis as they flee violence as refugees. The fact that such a motion is likely to fail politically is not the issue - it should be presented and acted upon on merit alone.

The fact that the motion does not receive public support is irrelevant. Impeachment is a legal procedure and does not need public support for it to be deemed right. In theory, any form of legal procedure should be addressed on merit rather than upon its popularity. The fact that impeachment requires the actions of democratically elected representatives is irrelevant as well, especially when you consider that county judges in the US are often called upon to make objective decisions, yet are often elected to their positions.

Lastly, the fact that this action may hurt the Democratic party is probably the most irrelevant reason of all. Ordinary people are sick and tired of politicians who do not stand upon principle. It will be ten years ago in December when President Clinton was impeached for lying under oath about his relationship with a White House intern. History has proven that such an action was not only unpopular, but also unnecessary - "High Crimes" do not obviously include covering up sexual impropriety. In the light of history, therefore, Clinton's impeachment will be shown for what it was - a desperate attempt to gain political power by the Republican Party. The potential impeachment of George W. Bush - even if it fails - will at least be based upon far more important factors, namely the invasion of a sovereign nation and the resulting deaths of Americans and Iraqis. If the Democratic party should be subjected to political ridicule, at least let it be due to doing the right thing. In years to come, the Democrats will suffer a political backlash by NOT impeaching now. Sometimes it is worth doing the right thing, no matter the cost.

Impeachment, therefore, is a matter of principle. I don't care one way or another whether the Democrats think they'll be hurt politically by impeaching Bush. That is not the point. The point is that it is the right thing to do.
Posted by One Salient Oversight at 13:33

To me, the best reason for not impeaching Bush is Vice President Darth Vader (aka Dick Cheney). If there is anyone who would be worse than Bush, it's Cheney. You would have to have a double-impeachment to do the American people (and the world community) any good.

Since we are in the last few months of this failed presidency anyway, I'm wondering if war crimes charges could be brought against Bush and the whole lot of them after this administration is out of office.

This would undoubtedly be challenged in court. There is no way this matter would be resolved before January 20, 2009.

My advice: drop it. On the other hand, this quixotic quest would surely take up lots of Congress' time, thereby minimizing the amount of harm they could otherwise do.

Realistically, each Congressman's monetary self-interest in an election year makes this whole idea a non-starter. Why should they start acting on principle now?