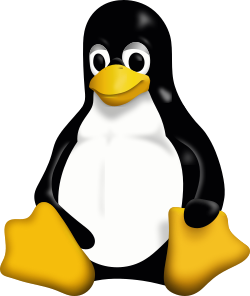 It was after the church service when there was a tap on my shoulder.

"Hey Neil, just letting you know that you converted me" said the voice.

I turned around. There before me was Gary (not his real name), a member of our church. Before I had the brainpower to wonder why it was that a Christian in our church had just announced that I had converted him, he continued.

Gary continued the story. A month or so ago our two families had lunch after church together and we got talking about operating systems. Gary, a doctor, had an Mac Laptop running Leopard and a desktop running Windows XP. I remember him complaining about how difficult XP was getting for him, how frustrated he was at how slow it was running, how annoyed he was at certain programs.

At this point I naturally began talking about Linux and my own experiences. Gary listened and asked questions - he had heard about Linux and had considered running it in the past - but had never gotten around to doing it because he didn't have much information.

Having both a Mac and a Windows PC meant that he could see the massive problems with Windows XP in comparison with his Mac. He wasn't about to go off and buy himself a Mac desktop and replace his Windows machine just yet.

After that lunch I didn't give it another thought, but Gary obviously did. The other day he upgraded to Ubuntu 8.04, the most popular Linux distro.

"I'm loving it" he said to me at church, "it does exactly what I want it to do with a minimum of fuss. Actually, the person who seems to enjoy it more is Larissa (wife)."

Another person joined us in our Linux conversation. He mentioned just how hard it would be for him to stop using Windows and to use something else. Gary and I both agreed that any move to Linux requires a re-learning and settling in period, but once you have gotten over that hump, you never look back.

While talking to Gary I mentioned what a unique position he was in - he had experience in both Mac and Windows before removing Windows and replacing it with Linux. Here is a man who can use three different operating systems - and who waxes lyrical about Linux.

Gary, of course, is not about to ditch his Mac laptop. He's very happy with the Mac software and knows enough about it to realise how similar it is to Linux (both are based upon Unix). He also knows that there are things that Macs do which Linux can't do yet... which is another reason why he is happy to keep both computers running different operating systems.

Of course, Gary is still new to the Linux world and is bound to experience some ups and downs. Nevertheless I am reasonably confident that he, like me, won't regret the move at all.
Posted by One Salient Oversight at 08:54

Excellent — but does Linux run "Medical director"? Anyway, on with the revolution! I can't wait for Linux to become more mainstream.

One thing though — don't the uber geeks sometimes think that the Mac software tailor made to the Mac hardware works better? In the Linux world of all things PC mixed with all other brands PC hardware, there don't seem to be as many "standards" on the hardware... or is this changing?

Who are the best hardware people to buy a Linux machine from... and what sort of support is there?