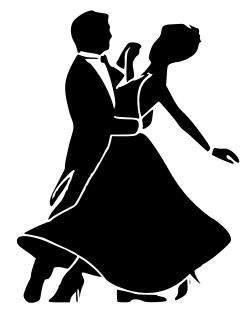 Synopsis: A new international agreement between China, Japan the US and the Eurozone should be made to boost economic growth: The US Dollar should be actively depreciated against the value of the Japanese Yen and the Chinese Yuan; Japan and China should enact substantial stimulus programs while the US dollar drops in value. This should boost internal demand in Japan and China which would result in a higher amount of goods and services exported from the US. The Eurozone should also enact a stimulus program while depreciating the Euro slightly. This would ensure both an increase in overall economic growth in all nations while solving the current account imbalances which helped create the economic crisis in the first place.

Due to the inter-relationships between various economies and the imbalances that occur between them, it strikes me that one of the better solutions to the world's current malaise would be to enact some sort of co-ordinated fiscal and monetary policy.

I am one who believes that our current situation has arisen mainly due to imbalances in world investment. Huge current account surpluses in some nations have led to a permanent culture of saving while huge current account surpluses in other nations have led to a permanent culture of borrowing. As a result, certain nations have become "geared" to either saving & production or borrowing & consumption. The response to the economic crisis so far has not resulted in a move away from this imbalance but has rather sought to entrench it further. For example, policy in the US is all about the importance to reviving consumption, either via various stimulus packages or quantitative easing - all of which are designed to boost consumption and reduce saving. Meanwhile, China and Japan and other nations geared towards saving and production continue to manipulate forex markets to keep their nations producing and their citizens saving, all the while waiting for the US to begin consumption and borrowing again.

Well let me suggest the opposite as a solution.


What this will do is ensure that future Chinese and Japanese economic growth is no longer linked to US consumption and borrowing. The stimulus program in China and Japan should increase the demand for US goods and services. This would increase aggregate demand in the US without relying upon US government spending. Now to some questions about this:

But the US doesn't produce anything!
This is plainly wrong as any judicious person knows. The US has the world's largest manufacturing base. Any increase in external demand will result in an increase in US manufacturing. In order to boost manufacturing and create jobs (especially for those with lower skills) a balancing of the current account must be undertaken.

Can we trust the currency boards?
So long as there is an agreement between the nations involved, so long as the boards are kept free from political and market influence and so long as they are answerable for the decisions they make, then they should be trustworthy.

Can Japan afford it?
Japan's long period of economic malaise has been accompanied mainly by a lack of internal demand. Balancing the Japanese current account and enacting a stimulus would ensure that any boost in economic performance arising from the stimulus is felt mainly in internal demand. In short, Japanese consumption - which is problematic - will be boosted; simultaneously US production - which is problematic - will be boosted. Accompanying this new economic situation will be a decrease in Japanese savings levels - which are too high - and an increase in US savings levels - which are too low. The result of this should be an increase in Japanese economic growth and, with it, an increase in tax revenue. Japan's public funds are certainly problematic, and so I would suggest an increase in tax rates accompany the increase in government spending. The short term boost in spending - which would boost economic growth - would then give way to a longer term sustainable economic performance which, because taxes are higher, would result in increase government revenue and more government debt being paid off. It stands to reason that the Bank of Japan change its policy to, at the very least, prevent long-term deflation (a phenomenon that is felt more by the Japanese GDP deflator than in the CPI).

What about Wall Street?
Let the follow rather than lead. With an increase in US manufacturing and exports, Wall Street should begin investing in companies that actually produce goods and services. Then Wall Street will be doing its job properly.

What about the rest of the world?
With China, Japan, the US and the Eurozone combined, this agreement accounts for over 75% of world GDP. The other 25% will probably need further international agreements - but at the moment we can leave that for the future.

What about US Conservatives?
This agreement won't need much in the way of further government spending for the US. US Conservatives couldn't care less about Japanese, Chinese or European big government spending. Actually, they should be happy that US goods will be increasingly sold in China. They should also welcome the profits made by US industrialists.
Posted by One Salient Oversight at 10:17

eToro is the best forex broker for beginner and established traders.