A Recession indicator has been triggered

One measure of real interest rates went into negative territory after the release of last week's inflation figures. The history of this measurement clearly shows that a recession will follow. If my estimations are right, a US recession will occur in probably 16½ months (2012 Q4), with anything from 5 to 32 months possible.

This measurement of real interest rates is not the one I have been studying in my monthly recession watches, but another one which I have mentioned before on this blog. 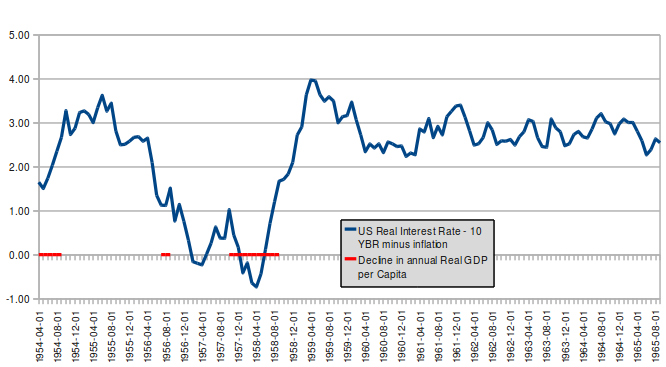 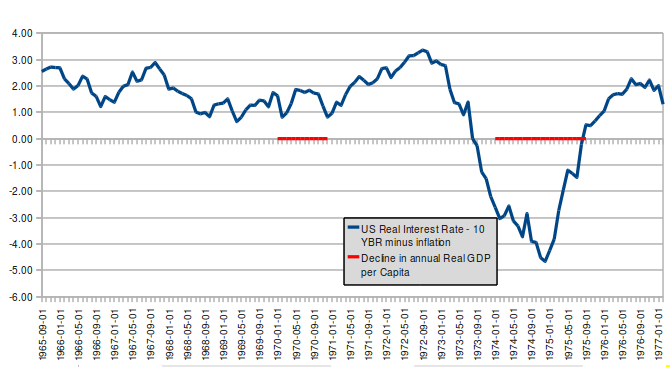 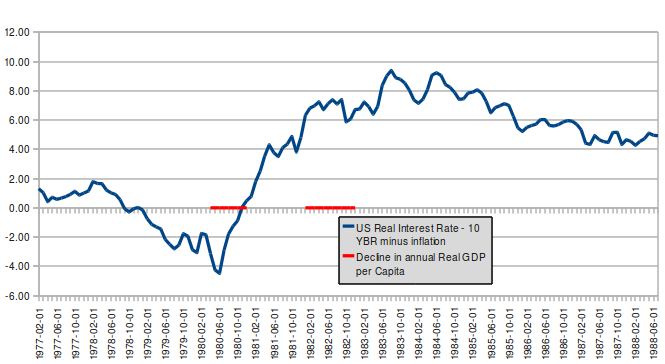 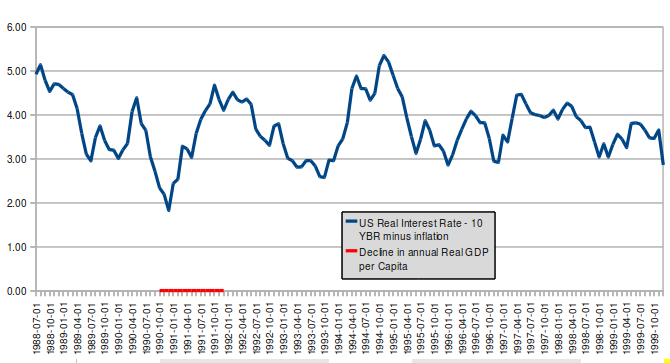 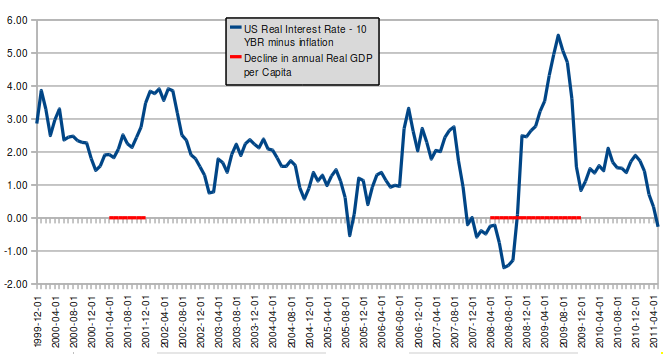 The longest period between a negative real interest rate result and an eventual recession is 32 months, and that occurred in 2005, with the 2008 recession following it. The 2005 result may seem to be an exception to this rule, but when compared to similar recession markers from that period, the 2005 result pretty much correlates with the inflationary surge caused by Hurricane Katrina.

So what about the present? Last week US inflation for May 2011 came in at 3.4438% while Ten Year Bond Rates for that month were 3.17%, which meant that real interest rates dropped to -0.2738%. You can see this on the last graph above, with the line dropping below zero. If real interest rates rebound into positive territory for June, thus giving it a single negative month, it will be similar to the 2005 result (September 2005 came in at -0.54%, but with over 24 months of positive results after it). But if the June result continues to be negative, and if this continues into July, then the chances are that a recession will be sooner rather than later.

Of course despite the fact that data goes back to 1954, there is just not enough historical correlation to make a 2012 Q4 recession (or thereabouts) an absolute certainty.

As a tl;dr, remember this:

Whenever Negative Real Interest Rates (10 year bond rate minus annual inflation) do occur, they are always followed by an eventual recession.
Posted by One Salient Oversight at 17:23