More on using the Monetary Base as a recessionary indicator

This is pretty much the same sort of thing I pointed out before, except this time I have replaced the NBER defined recessions with a method I think is better - an annual decline in Real GDP per capita. I've also adjusted the graphs so that they are the same length of time and using the same maximums and minimums, as well as adding the historical spread average of 254.44 as a green line.

Annual declines in Real GDP per capita occur at around the same times as NBER defined recessions, though with different start dates and different lengths of decline. One notable exception, which can't be shown on these graphs (due to limits of data) is that a decline occurred in 1956 Q3 but was not defined as a recession by the NBER. 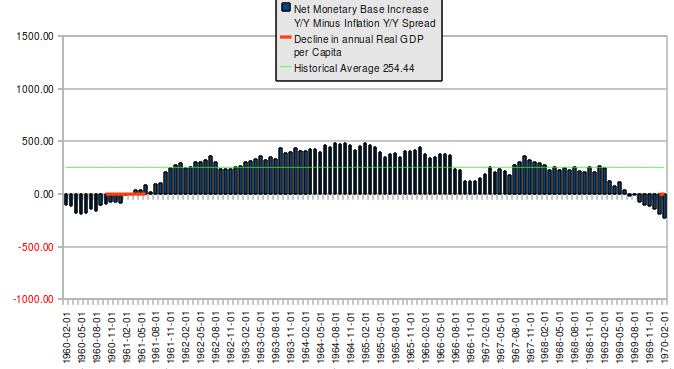 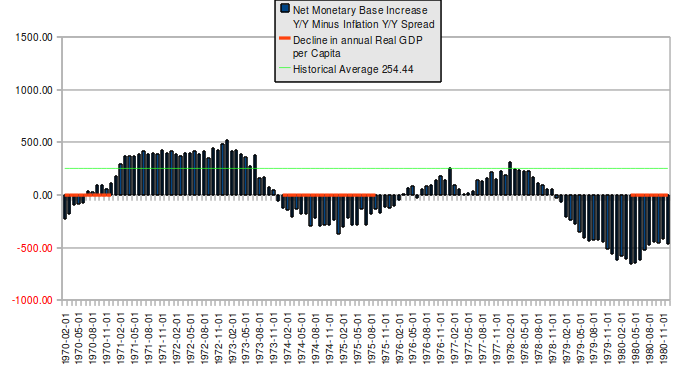 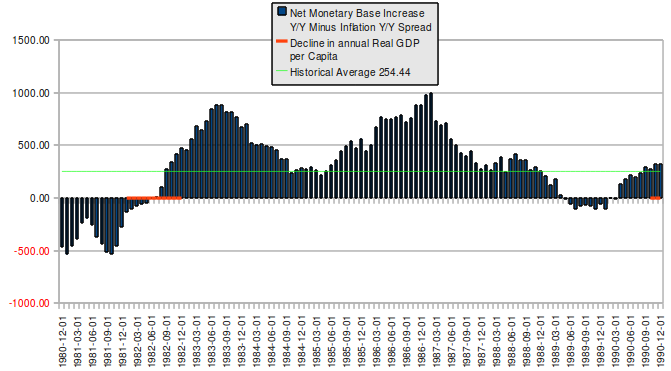 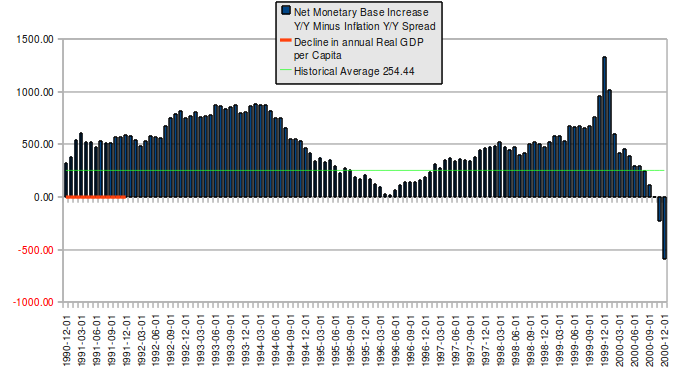 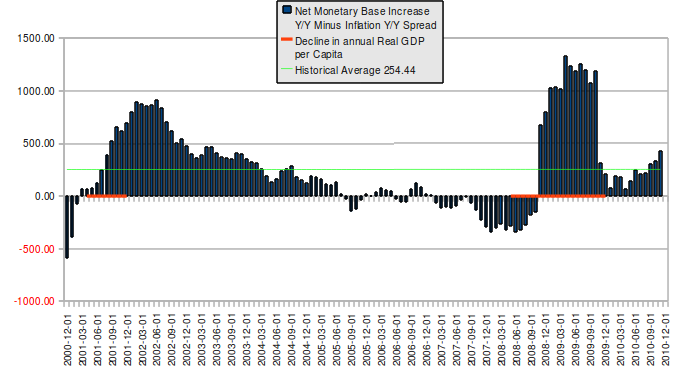 Posted by One Salient Oversight at 11:21