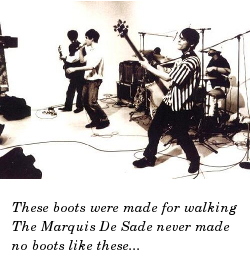 (F)iat money has one unique inherent value: it is far and away the main method of exchanging goods and services.

Switching over the gold, silver or other precious metals that are physically held in vaults while "owners" have currency that is linked to these metals may sound good on paper (no pun intended), but there are problems:

2) Mining companies become the world's central bankers, adjusting inflation according to their production levels but only ever looking after their shareholders.

3) If the economy grows faster than precious metal production, then the result is deflation and increasing levels of precious metal ownership, which would end up becoming a bubble.

5) Precious metals are only "precious" because we as humans grant them worth and only do so for reasons of vanity - not because they are inherently useful (the usefulness of gold, silver and other precious metals as an industrial and practical material is minuscule compared to their value as jewelry and such). If we can arbitrarily assign worth to relatively impractical metals such as gold, silver and the like, then we can also arbitrarily assign worth to coins, notes and bank balances.

6) Fiat money is controlled ultimately by a national government (or supranational entity in the case of the Euro) who delegates that authority to a central bank. Commercial banks use fractional lending to create more money by fiat, but their operations can be curbed and influenced by central bank policy (such as raising interest rates, which constrains the money supply and is deflationary, or lowering interest rates, which increases the money supply and is inflationary). So long as price stability is maintained, fiat money has been and will always be more useful than a gold standard (or similar). It is only when central banks give up on price stability that money loses its unique usefulness as a unit of exchange.

($1 Billion will be paid to the first person who interprets the title of this post and the image that goes with it)
Posted by One Salient Oversight at 17:33

You don't seem to have considered the natural moderators that keep gold production in check. Short version follows.

Assume a closed economy (planet earth perhaps) that is on a gold standard. Any inflation in such an environment will cause marginal gold miners to go bankrupt.

The labour buying power of gold will decline in an inflation, but unlike other producers the gold miner sells at a fixed price.

The other factor I think you neglect is the empiracle evidence of history. During the gold standard era we had inflations and deflations. The range was from -1% to +3%. Not zero but not extreme. Discovering gold in Australia and California caused inflation but not much.

There were episodes of severe deflation. For instance post 1925 in Britian and post the US civil war. However neither was due directly to the gold standard. Both were due to re-adoption of the gold standard with a gold price vastly below the prevailing market price of gold at the time of adoption.

The key virtue of a gold standard is it's automaticity. However if you don't see the mechanisms and presume that when we had the gold standard things worked merely by a primitive belief in magic then I can understand why you may dismiss it.