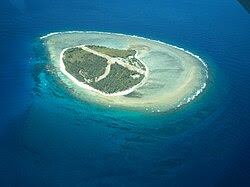 The reason for the silence? Holiday. To Lady Elliot Island on the Great Barrier Reef. Snorkelling with Manta Rays, Sharks and Turtles. Too windy though, but that was due to a High Pressure system off the NSW coast. Now that we have come back the island has likely returned to the tropical paradise it usually is. Staff was great and food was yummy. Our cabin was about 10 metres from the shoreline and we had a Red-tailed Tropicbird nesting about a metre from our front balcony. There was a huge amount of birds on the island that were all wild but humanized enough to walk past closely without them worrying. In fact for the first day or two the situation with the birds reminded me of Hitchcock's The Birds since there were huge clumps of waiting and watching birds on rooftops and in trees and on the ground, all making the eerie bird noise that Hitchcock used in the film.

Whilst there I read Truman Capote's In Cold Blood and the first two novels of Jim Butcher's Dresden Files. I attempted to read Richard Werner's New Paradigm in Macroeconomics: Solving the Riddle of Japanese Macroeconomic Performance but I got too enamoured with thinking about the implications of what I was reading more than aiming to finish the text.

The suites on the island have no televisions and the guest television only received satellite TV from an Intelsat and kids tended to hog the Cartoon Network. I purchased some internet time after about 4 days to find out what was happening in the world and discovered that the Australian Dollar was nearing parity with the US.

The official website for the island is here.
Posted by One Salient Oversight at 09:10

Now that is a holiday.