I met Jim on Wednesday 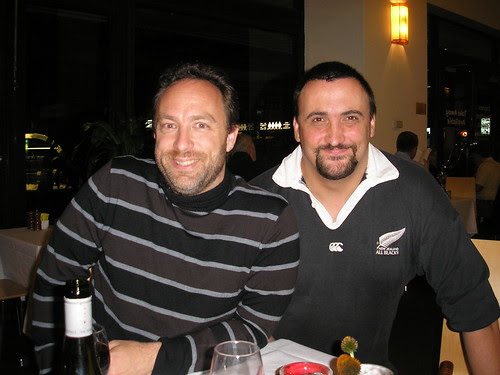 Who's Jim?
Posted by One Salient Oversight at 10:03

[In the words of Danny and Sandy]

We had a Wikipedia Sydney Meetup.

Basically a bunch of Sydney Wikipedians got together with Jimbo for Dinner at the Grace Hotel in Sydney (near Town Hall).

If you click on the link above you'll see some pictures, including a picture of Jimbo indulging in his first "Tim Tam Slam".

There was about 15 of us. Jimbo was quite a nice guy. He even had a young director guy there with a camera filming us for an upcoming Wikipedia documentary.

You still around Paul? I'm still waiting for more riveting posts on commentaries on Colossians...