US Recession Indicators - May 2011

Net Monetary Base vs Inflation (spread)
The growth of the Net Monetary base (M0 minus excess reserves) over inflation has been above the historical average since September 2010 and has increased even further with an April reading of 536. This is an increase from last month's reading of 529. Despite the high reading of 2011 Q1 over the average, GDP growth for this period was only moderate (confounding my own predictions of substantial growth).

Inflation readings in April continue to grow. The index reading of 224.433 implies annual inflation of 3.1% but the annualised monthly figure was 5.1%. Prices since December (220.186) have increased by 1.9%, which implies an annualised inflation rate of 4.6%, still uncomfortably high. As 2011 continues the momentum of these high monthly figures will translate into higher annual inflation.

Since the introduction of QE2 in November 2010, the net monetary base has increased faster than inflation. This unconventional policy by the Fed continues to provide the conditions for good economic growth.

Note: A negative result implies that inflation is growing faster than the money supply, an event which indicates that a recession will occur within 1 to 36 months (with an average of 12 months)
Note: A Decline in annual Real GDP per Capita is my definition of a "recession" 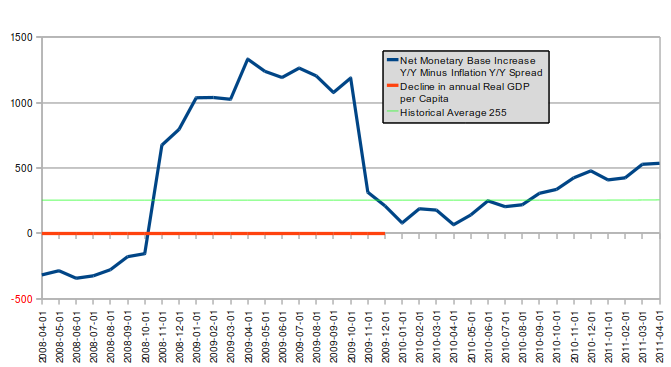 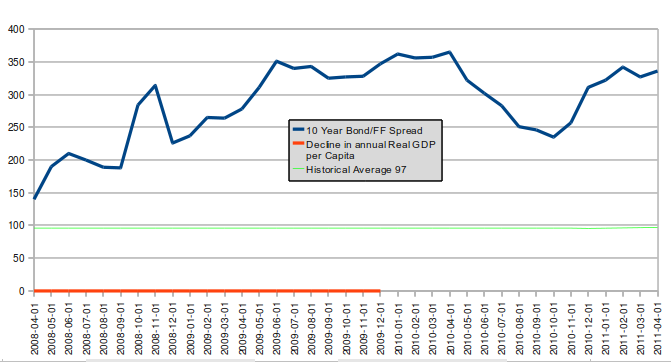 Since 1955 there have been five long periods of negative Real Interest Rates: 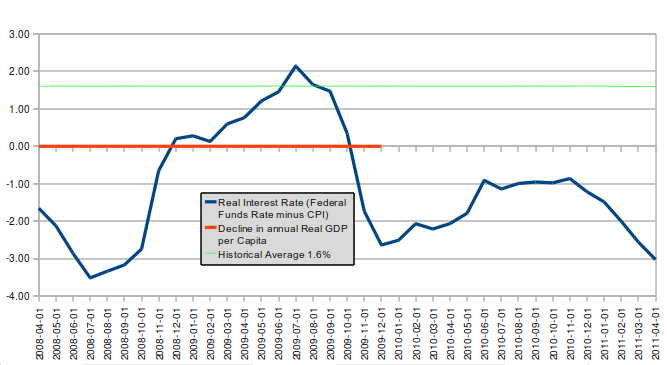