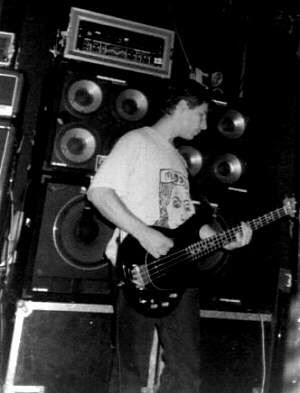 Just recently I converted all my music files to include Replay Gain. This now means that my music has been made "equal".

But allow me to explain just what is going on.

Have you ever noticed that one band/CD sounds "louder" than another? And that the "louder" music is actually newer? Well, welcome to the Loudness War.

Over the many years of the recording industry, bands and producers have had to make judgments over how loud music should be. Since increased volume comes at the expense of quality, earlier musicians tended to record their music at lower volume - even musicians and bands known for creating "loud" music. In the early 90s, however, the music industry discovered that albums/songs mixed at a higher volume stood out more on the radio and were more likely to sell. With the secret out of the bag, recorded music was released at higher and higher volume as the industry competed against each other to sound "better".

And those "remastered" CDs of classic albums from long past? They were simply made louder. That's all.

It occurred to me that something was up when one day I was listening to "Buy Me a Pony" by Spiderbait some years ago. The song is 1 minute and 36 seconds of searing, flammable rock'n'roll and was one of my more favourite JJJ songs back in the day. Following this song (on a compilation CD I had made of my own music collection) came "Anarachy in the UK" by The Sex Pistols. Back in 1976 this was an incendiary punk song but after listening to "Buy Me a Pony" it sounded pedestrian. More than that, it was soft. I knew that something was wrong. The same thing afflicted my Midnight Oil collection when played in comparison to Rage Against The Machine.

Numerous thoughts appeared in my head as to the explanation. One was that the recording techniques of newer bands were far superior to those from the past. Another was that the older music simply sucked more and the newer music was better. It came to a head when I bought Psychocandy by The Jesus and Mary Chain. I had heard that this was a seminal album, responsible for influencing all sorts of 90s grunge and alternative rock music. When I first began listening I was convinced that I had purchased a dud CD. The music was so soft that it sounded as though the band were playing underwater. I searched the internet, first to see if anyone else had bought a dud CD, then (once convinced that the CD was not a dud) anyone complaining of the bad mix. Nothing.

It was then I discovered the facts behind the loudness war, and I felt cheated. Increasing the volume on tracks made music unequal and made it appear "better" than what it was. Newer bands and musicians were "cheating" by not allowing their music to be listened equally to older music (though, to be fair, it was obviously record companies that were pushing this).

The workaround for this is simple: Turn it up. If I want to listen to Spiderbait and The Sex Pistols equally, then I turn down Spiderbait and turn up The Sex Pistols. If I want to listen to The Jesus and Mary Chain properly then I turn it up in comparison to other music. But of course this requires manual control - something not at all commendable in this day of digital music players. So. I thought. Surely there is a way for computer software to determine how loud a track should be and to simply add tags to the files, and have your music player adjust accordingly? Yes. Someone had thought it up years ago.

The first thing to do is to have software capable of analyzing the music files and then applying the Replay Gain tag to it. I have done this with easyMP3Gain, a free open source gui program that uses a variety of other programs with it to work (mp3gain, aacgain and vorbisgain). All I did was add the folders and tracks of my CD collection, analyze them and change them accordingly - a process that took quite a few hours but is now complete. Here's a screenshot of three tracks  I've already mentioned:

As you can see, "Buy Me A Pony" has a track gain of -10.10, which means that in order to make the track equal, the program has lowered the volume by 10 dB. This is not a "permanent" change to the sound - all it does is add a small tag to the file. If you listen to the file on equipment that uses Replay Gain, it will automatically lower the volume. If you turn Replay Gain off, or if your media player does not support Replay Gain, the song's volume will be unchanged. You can also see there that "Anarchy In The UK" and especially the song by "The Jesus and Mary Chain" have very low track gains, which mean that they would've sounded "soft" in comparison to "louder" tracks.

Of course if you're going to try this out you also need a media player capable of Replay Gain. I use Amarok on my PC and use Rockbox on my Sansa Fuze and both have Replay Gain. If your media player does not have this feature then, as I've pointed out, the sound of your media files will be unchanged even after having the tags added to the file.

So what's it like to listen to? It's great. Suddenly Bob Dylan is competing with Them Crooked Vultures and The Rolling Stones are competing with The Eagles of Death Metal. Dylan especially is doing well in grabbing my attention - something he always struggled to do.

At this point in time I have no desire to go back to what it was like before. I am enjoying very much the experience of listening to music that has been adjusted by Replay Gain.

Note: easyMP3Gain has a number of annoying bugs which I was able to work around. The key to using it is to never "scroll down". And that guy with the bass is Steve Queralt.
Posted by One Salient Oversight at 12:39

This is my favorite ringtone collection 2018
Hi everybody
Does your phone have new ringtones? Do you want to change? I will give you the latest ringtone from my collection for your reference. Ringtones are installed and ask for people by 2018. I love my current ringtone. There are many ringtone themes for you to install. Rock Ringtones. Ringtones edm. Ringtones remix / dj. Visit this site to learn and install it by following the instructions here: https://ringtonedownload.in/

I will mention more about ringtone so you can install it without spending a lot of time:

Share so people know my collection and have the best ringtone!

I was surfing net and fortunately came across this site and found very interesting stuff here. Its really fun to read. I enjoyed a lot. Thanks for sharing this wonderful information. Let become a spellcaster in game sims 4 cheats