Net Monetary Base vs Inflation (spread)
The growth of the Net Monetary base (M0 minus excess reserves) over inflation is safely in positive territory with a reading of 409. This is a decrease from last month's reading of 478 but is still way above the historical average of 255. The increase in the past six months has been substantial, which is likely to mean that US GDP growth will continue strongly in Q1 2011. However the January results saw an annualised increase in inflation of 4.8% which, compared with an annualised decrease in the Net Monetary Base of -1.6%, sees the spread in negative territory (-642). Nevertheless an occasional monthly decline is common and is not indicative of an oncoming recession. 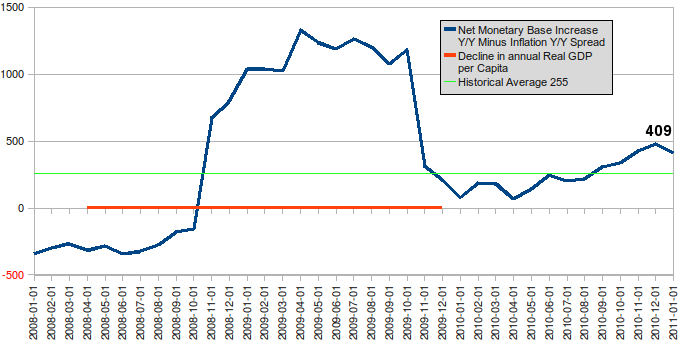 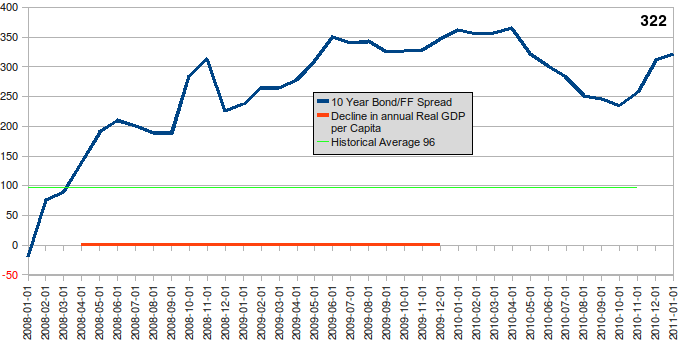 The Federal Funds Rate remains at rock bottom at 0.17%, which means that real interest rates are still negative at -1.5%. Last month was -1.2%.

Inflation has picked up due to a combination of higher oil prices, higher food prices, and the effects of QE2. It remains to be seen whether these inflationary conditions will continue, and/or have a negative economic impact.