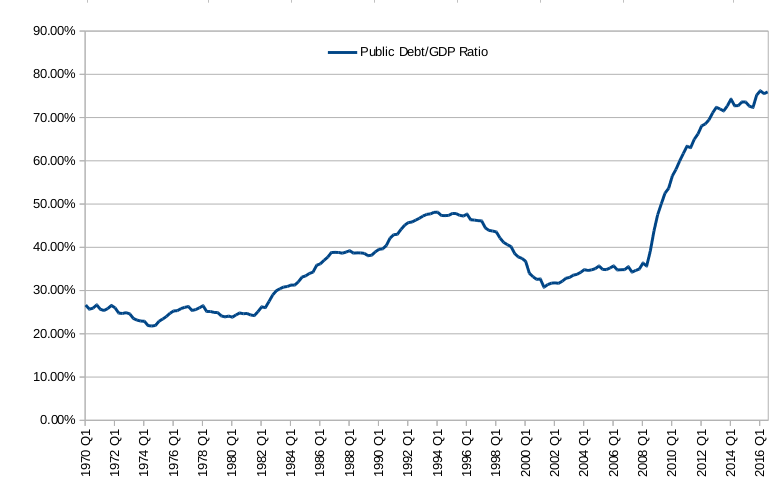 Public Debt
Posted by One Salient Oversight at 12:10

Note, however, that debt-to-GDP runs level in the 1970-1982 period because of inflation. The rising price level inflated GDP and inflated the increases in debt, but did not inflate existing debt.

During the 1970-1982 period the average increase in debt was about 10% of the existing debt, so the bulk of the debt was not inflated in any given year.

Thus, inflation caused the GDP number to increase much faster than the Debt number. This lowered the debt-to-GDP ratio, creating the impression that debt was growing slowly in those years. But debt was not growing slowly. From 1970 to 1982 debt remained level at approximately 25% of GDP, as a result of inflation.

There is no comparable story regarding the 2001-2008 period. So one could reasonably argue that the slow debt growth in the latter period contributed to the crisis that followed.

Both sets of data are nominal, ie before inflation is calculated in.

Both sets of data are nominal, ie before inflation is calculated out.